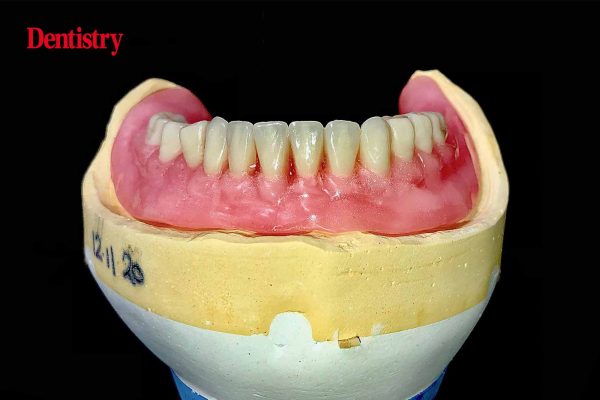 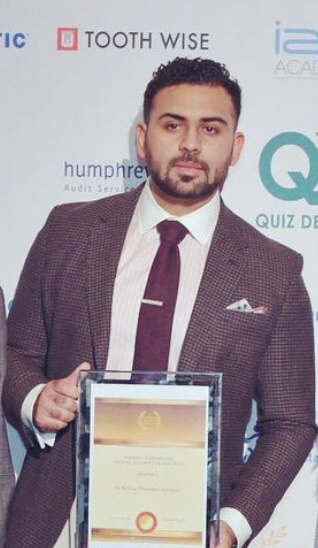 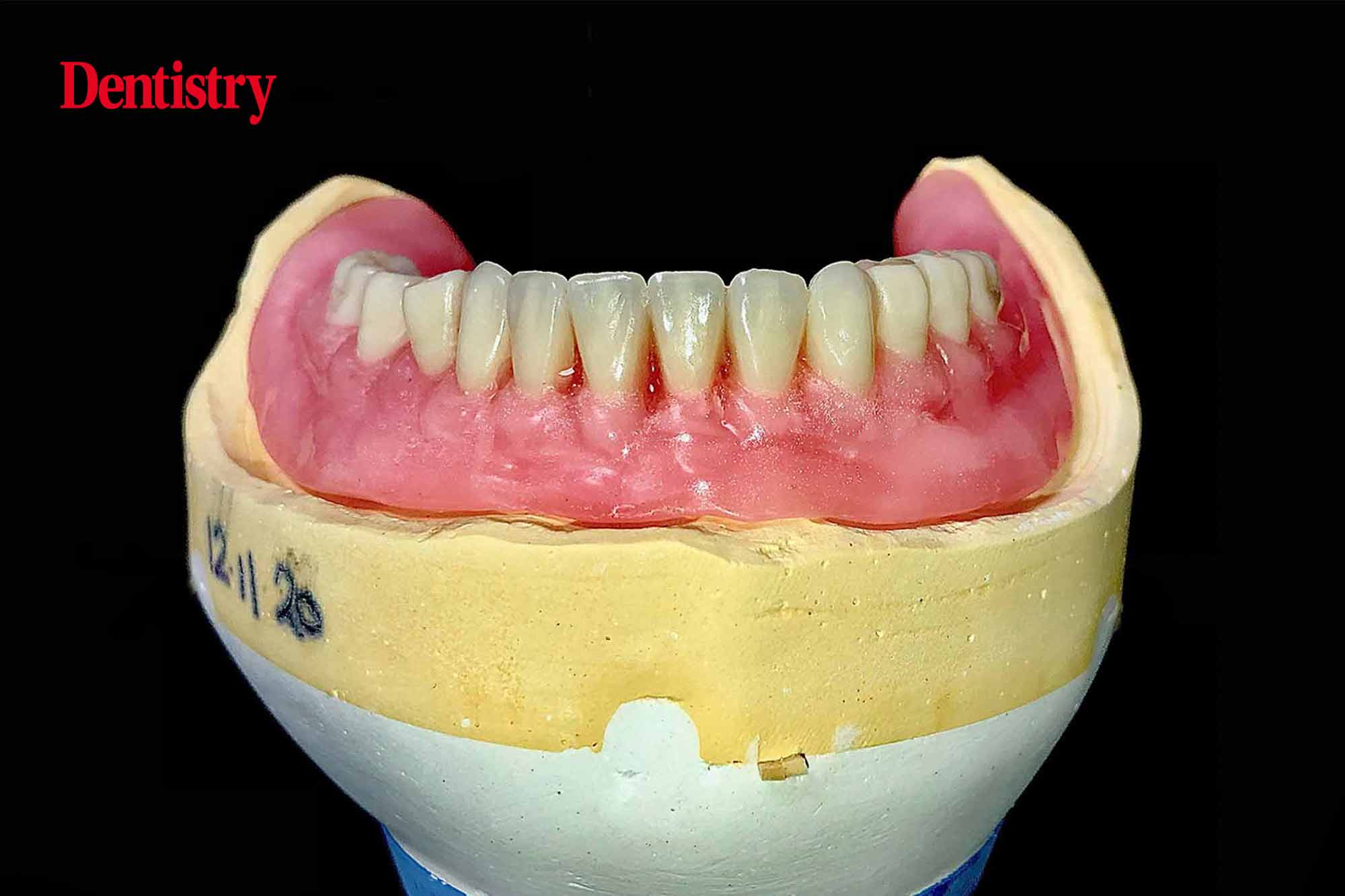 Rizwaan Chaudhry discusses dentures and the importance of accepting subtle imperfections to get a positive final result.

Posterior crossbite is defined as any abnormal buccal-lingual relation between opposing molars, premolars or both in centric occlusion (Kennedy and Osepchook, 2005).

A unilateral posterior crossbite can sometimes present with a mandibular midline discrepancy (Sudhakar and Dinesh, 2013). Possible aetiology can consist of dental, skeletal or neuromuscular functional components (Kennedy and Osepchook, 2005). When a crossbite is detected we class this as class III: mesio-occlusion. The pattern shown involves the buccal cusp of the upper molar, occluding with the central fossa of the lower molar.

The majority of studies have discussed treatments in children, but fewer studies assess treatment options within adults, especially those who are edentate and require some form of dentures to allow masticatory efficiency (Tsarapatsani et al, 1999).

The following case describes the management of a unilateral crossbite with the provision of a lower complete acrylic denture and acceptance of compromised aesthetics.

A 46-year-old male was transferred over to me by an associate dentist due to a repeated lower broken denture.

The patient just had an upper complete acrylic denture, with no lower to present due to repeated fractures. As such it was decided to provision a new lower complete denture, which would be reinforced.

A thorough intraoral and extraoral examination was carried out during the initial appointment.

Both the maxillary and mandibular ridge were well defined and healthy. The upper complete denture had good retention and stability. The patient was happy with the upper denture and had no complaints to present.

It was the patient’s wishes to have the lower denture reinforced due to repeated fractures. On questioning, the patient highlighted the denture kept fracturing around the lower right canine.

The lower ridge had sufficient ridge with early signs of resorption.

Upper and lower primary impressions were taken. For the upper, an impression was taken of the upper complete denture. For the lower, a medium-sized stock stray was selected where the green stick was applied on the retromolar pads, lingual and labial sulcus.

Alginate was loaded on to the tray and placed in the mouth where border moulding was conducted.

I constructed the lower special tray, which had three stubbed handles (two located on the right and left of the posterior region and one in the central region). Furthermore, the tray was close-fitting with no perforations and extended around the retromolar pads.

The tray was trimmed 2mm short of sulcus depth for adequate border moulding.

Polyvinyl siloxane (PVS) was selected as the impression material of choice. And the secondary impression was done via a two-stage technique.

The tray was inserted and border moulded with relative tongue movements, ensuring lingual sulcus was captured in function.

Extra care was taken to ensure sufficient green stick was applied around the retromolar pads. This would allow the area to be captured well, which would aid in denture retention and stability (as noted in Figure 3).

There are several reasons why I advocate a lower Manchester block compared to the traditional bite block, including:

The lower Manchester block was inserted into the mouth and occlusal height reduced appropriately as needed ensuring freeway space (FWS) between 3-4mm.

Once I was satisfied with the occlusal height, the blue mousse was injected onto the occlusal surfaces of the blocks and bite recorded in retruded contact position (RCP).

It was at this stage I had suspected possible crossbite on the right-hand side.

Fabrication of a lower try-In

The bite reg was articulated via an Artex CN (average-value). It was at this stage that I confirmed the patient had bilateral crossbite on the right-hand side.

Now the question should be asked: why is the neutral zone important, especially with regards to a lower complete denture?

The neutral zone is an area between the tongue (on one side) and the cheeks/lips (the other side) where the muscular displacing forces acting on the denture are least.

Mould of the teeth

The other area I had to contend with was regarding the mould of the teeth that are to be selected.

If I went ahead with moulds that had prominent and well-defined cusps then during lateral movements there would be conflict, leading to the displacement of the lower denture. Furthermore, it would not allow the dentures to occlude in harmony.

With this in mind, I had decided to go ahead with moulds that detailed flat cusps. This way it will allow lateral movements without disruption of the lower denture (ie, balanced articulation), keeping the lower denture in contact with the upper during protrusive movements, maintain canine guidance and allow for balanced occlusion (ie, teeth meeting evenly on both sides). Furthermore, it would lead to minimal modification on the acrylic teeth.

Finally, to accommodate natural aesthetics, the lower midline shift was moved slightly to the right-hand side.

They were no complaints during the try-in stage. Lateral guidance, protrusive movement, as well as retention, stability and occlusion were all assessed.

At this stage, I discussed the crossbite on the right-hand side and explained its relevance with the patient.

I further highlighted to the patient that the reason for the persistence fracture of the previous lower denture could have been because it did not accommodate the crossbite.

No modifications were needed at the fit stage.

The patient was able to tolerate the lower denture well, which helps well within the mouth.

I highlighted the extension around the retro-molar pads, which will aid in retention and stability, and explained that this will take time to get used to, which the patient understood and was happy with.

No complaints to present. The patient has been managing well with the denture and is extremely happy.

It was highlighted by the patient that it took a while to get used to the denture due to the extension around the retro-molar pads, however, this has settled.

The patient has been managing to eat well and has further highlighted that they are retained in the mouth extremely well and can eat more solid foods.

Initially, when looking at the try-in photograph, you would have noticed:

With this in mind, would you say that the try-in constructed is incorrect? The main point I wanted to highlight with this case was that sometimes imperfections in dentistry can go a long away. Especially in the field of prosthodontics.

However, subtle changes – such as changing the moulds of the teeth, or moving the centre line – can have a positive impact on cases.

To ensure a positive outcome, each stage had to be thought-out. Starting from the primary impression, to bite registration stage, to try-in and finally fit.

I am extremely lucky that I was able to fabricate the denture myself. Hence, this allowed me to set the denture up in a way that would function well.

Yes, aesthetics is important. But functionality and natural harmony of the appliance are of equal importance.

It might not be perfect to look at but if it can function without causing trauma then surely the needs of the patients have been met?