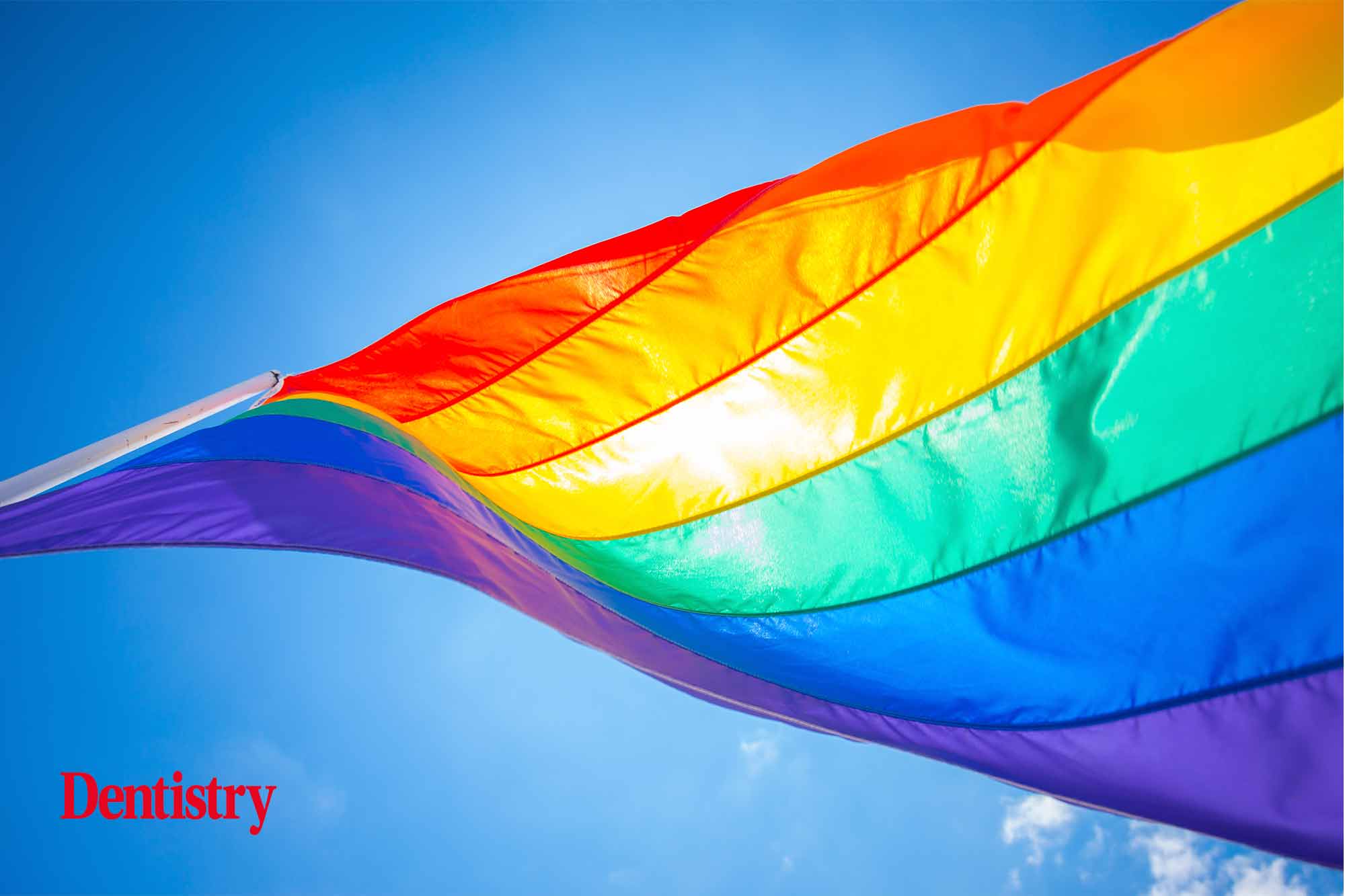 As the UK marks Pride Month 2021, Nick Coller explains how dental teams can help the lesbian, gay, bisexual, transgender and queer community overcome some of the challenges it faces when accessing healthcare.

Part of our duty of care to our patients is to ensure we treat them without discrimination. This can mean challenging our own preconceived ideas and prejudices towards members of society that we might not come into regular contact with outside of our working environment.

Conversations about sexual orientation, gender identity and gender expression are constantly evolving. It might feel overwhelming when trying to stay abreast of the topic. However, a wide range of factors can affect a patient’s oral health. Therefore it is reasonable to expect that DCPs have as much understanding and empathy as possible.

To help the reader approach this subject, it is appropriate to examine briefly current terminology:

Anxiety, depression and fear of discrimination

It is tempting to think that increased visibility of the LGBTQ people in the media equates to a general societal acceptance of the community in general. However, cultural norms, institutional practices and stigmatisation contribute to ‘minority stress’.

It was only in 1967 that homosexual acts were legalised between two men in private provided they were both at least 21 years old. Indeed, the age of consent equality was not established in England until 2001.

In 2018, Yougov research for Stonewall found that 52% of the 5,000 LGBTQ people surveyed had experienced depression in the year before. Three in four (76%) reported having episodes of anxiety in the same period.

The LGBTQ community is, of course, not alone in suffering from depression and anxiety. However LGBTQ people can face extra challenges and fears when accessing healthcare services.

Many have experienced discrimination at the hands of healthcare staff. The Yougov survey for Stonewall highlighted that one in seven LGBTQ people avoid seeking healthcare due to fear of discrimination by staff.

Given this backdrop, it can take time for LGBTQ patients to build trust with their clinicians before divulging information that they fear might induce a negative response. The patient might fear that the clinician is unwilling or unprepared to discuss certain topics.

Withholding information pertaining to their health can mean symptoms go unreported. Especially if the patient does not realise why this information is important in the first place or that many conditions have oral presentations.

Such issues (often rooted firmly in minority stress) that disproportionally affect the LGBTQ community that are pertinent in dentistry include smoking, drug use, eating disorders and sexually transmitted infections.

Smoking puts them at increased risk of many oral conditions. This includes oral cancer and periodontal disease.

People in the LGBTQ community are more likely to use illegal drugs than heterosexual people (NEPTUNE, 2016).

Drug use can both compound mental health and wider self-care issues, including performance of a regular oral hygiene regime. This again can have a negative impact on oral health.

While research on the subject is limited, eating disorders particularly disproportionately affect gay men. The National Eating Disorders Association highlights that: ‘Gay males are thought to only represent 5% of the total male population, but among males who have eating disorders, 42% identify as gay’.

Studies indicate that sexually transmitted infections (STIs) amongst men who have sex with men could be due in part, to HIV reduction strategies. This includes having oral sex. This in turn could mean a higher risk of oral cancer.

Further, with its multiple oral presentations, HIV affects gay men and transgender people disproportionally. The Terence Higgins Trust found that, of the 4,139 people diagnosed with HIV in the UK in 2019, 41% were gay or bisexual men.

To create an LGBTQ-affirming and friendly environment, consider the following:

In conclusion, the LGBTQ community are likely to suffer from barriers to care that other members of society do not. Many LGBTQ people have experienced negative treatment as a result of stigmatisation from healthcare providers who often fail to understand the insidious effects of ‘minority stress’.

Instituting training at dental schools and ongoing CPD for the whole dental team about understanding the LGBTQ community, as well as how to meet their oral care needs seems highly advisable.