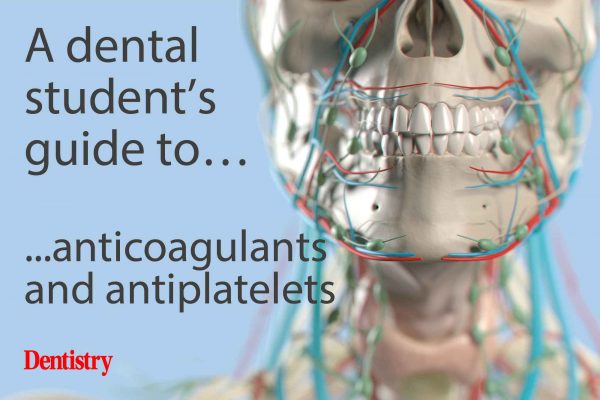 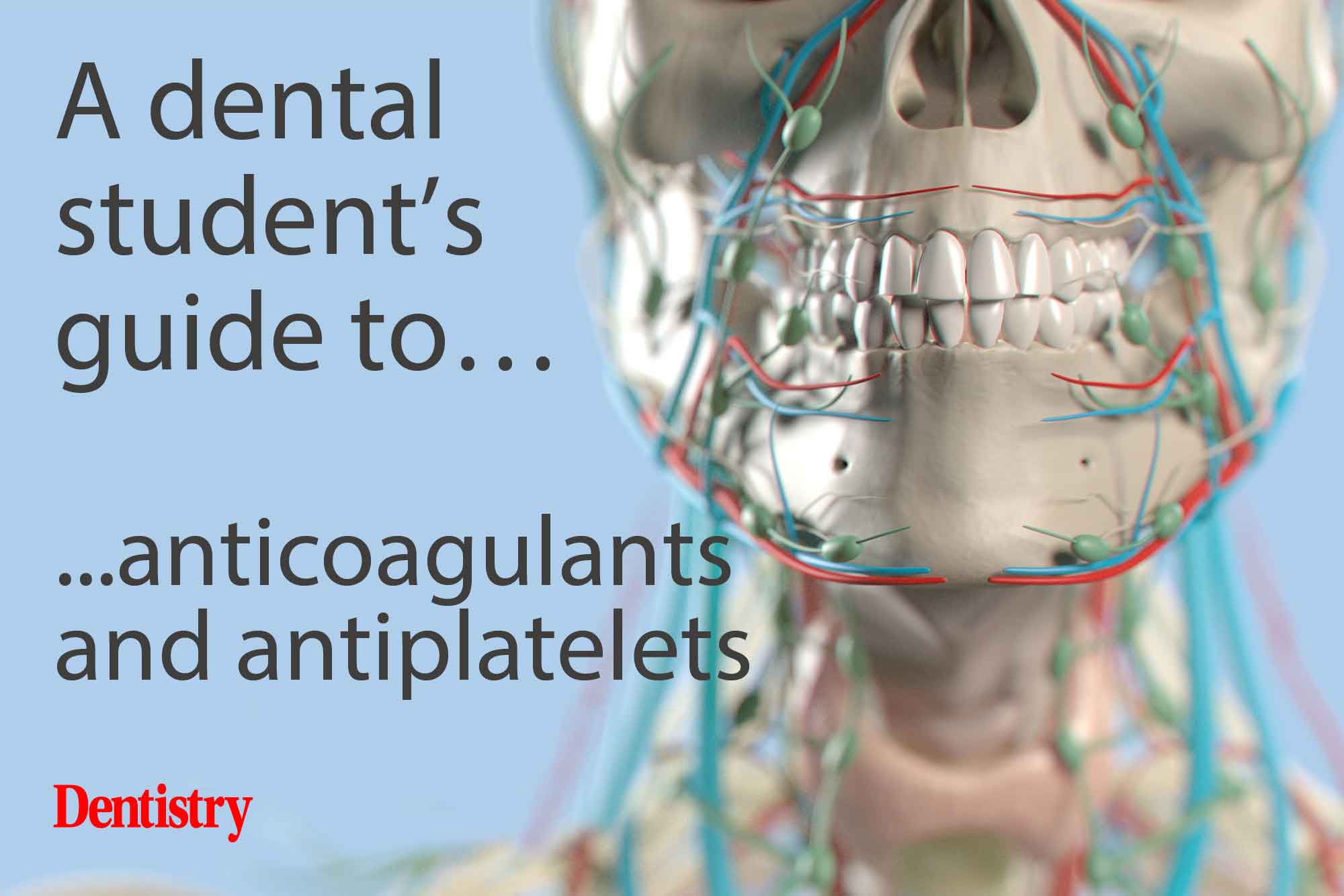 In this month’s column, Hannah Hook explores the impact anticoagulants and antiplatelets has on dental patients.

It is a common occurrence to treat a patient in general practice who is on anticoagulant or antiplatelet medications.

The primary reason for prescription of these medications is to prevent those who are at high risk for, or who have previously had, a thromboembolic event such as a blood clot.

Examples of patients at an increased risk of thromboembolic events include those who have experienced pulmonary embolism, deep-vein thrombosis, non-valvular atrial fibrillation, or cardiac arrythmia.

Without an antiplatelet or anticoagulant medication these patients are at a higher risk of developing a blood clot. This could consequently result in a thromboembolism, stroke or myocardial infarction.

Due to decreased clotting ability, the treatment of these patients raises various safety concerns regarding the potential risk of bleeding complications following invasive dental procedures.

It is therefore important to have an understanding of the numerous medications a patient may take that will affect their ability to clot.

Anticoagulants prevent the formation of blood clots by inhibiting the production or activity of coagulation factors required for clotting in the coagulation cascade.

There are two main types of anticoagulants:

Examples of DOACs include dabigatran, rivaroxaban, apixaban and edoxaban, whilst the most frequently prescribed VKA is warfarin.

Tests: INR is a test used for patients taking warfarin. It is used to determine the time it takes for the blood to clot. Patients record their INR in a yellow book, which can show how well their INR has been controlled over the last two months.

Warnings: azole antifungals potentiate the effects of warfarin. Do not prescribe to a patient taking warfarin. Avoid NSAIDs and aspirin.

Platelet aggregation is an early stage of haemostasis; therefore inhibition of the platelets leads to prevention of thrombus formation.

Some patients taking antiplatelets or anticoagulants may also suffer from another medical condition that affects their ability to clot, such as those listed below.

Patients at an increased risk of bleeding:

If a patient is taking single or multiple antiplatelet or anticoagulant medications who have additional co-morbidities, it would be wise to liaise with their doctor to illicit their advice on planning any invasive dental treatments.

Dental procedures that carry a higher risk of post-operative bleeding complications are shown below.

Procedures with an increased risk of bleeding