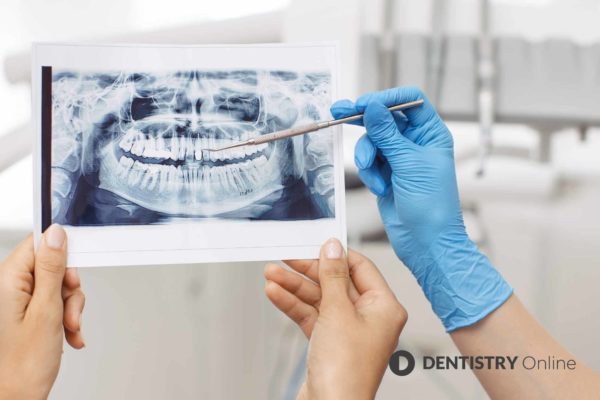 Analysis of the causes of dental implant fracture: A retrospective clinical study

Fracture of osseointegrated dental implants is the most severe mechanical complication. The aim of the present study was to analyse possible causative factors for implant body fracture.

One hundred and one patients with 218 fitted implants and a follow-up period of three to 10 years were studied.

Factors associated with biomechanical and physiologic overloading such as parafunctional activity (eg, bruxism), occlusion, and cantilevers, and factors related to the planning of the dental prosthesis, available bone volume, implant area, implant diameter, number of implants, and their inclination were tracked.

The impact of their effect was analysed using the Bonferroni-corrected post-hoc Mann-Whitney test for each group.

The incidence of dental implant fracture was 2.3% in the investigated cases. Improper treatment planning, bruxism, and time of the complication setting in were the main factors leading to this complication.

Typical size effect was established only for available bruxism, occlusal errors, and their activity duration. These complications were observed most often with single crown prostheses, and in combination with parafunctional activities such as bruxism and lack of implant-protected occlusion.

Occlusal overload due to bruxism or inappropriate or inadequate occlusion as a single factor or a combination of these factors during the first years after the functional load can cause implant fracture.

Fracture of the implant body more frequently occurred with single crowns than with other implant-supported fixed dental prostheses.

The aim of this study was to assess the internal and vertical marginal fit of metallic copings to abutments and the fracture strength of different narrow diameter dental implant/abutments, either submitted to thermomechanical cycling or not.

Sixty-four implant/abutments (n=16) were divided into four groups according to diameter and abutment type. Each group was divided into two subgroups (n=8): submitted and not submitted to thermomechanical cycling (TMC).

To assess internal and vertical marginal fit of metallic copings, the assemblies were scanned using microtomography (micro-CT) (n=5). The samples were subjected to the compressive strength test on a universal test machine.

The group comprising morse taper implants of 3.5mm diameter plus universal abutment with beveled chamfer finish showed the highest marginal misfit regardless of TMC (p<0.05). All other groups were similar after TMC.

The narrow diameter dental implant/abutments differ in terms of fracture strength, the strongest assembly was that composed by implant of type V grade titanium without internal threads (friction implant).

Resistance to fracture in fixed dental prostheses over cemented and screw-retained implant-supported zirconia cantilevers in the anterior region: an in vitro study

To evaluate the resistance to fracture in cantilevered fixed dental prostheses (cFDPs) of single implant-supported zirconia cantilevers in the anterior region.

Thirty-two cemented and solely screw-retained cFDPs consisting of an implant-supported crown replacing the central incisor and an attached cantilever unit in the position of the lateral incisor in the maxilla were constructed by computer-aided design (CAD) and machined by computer-aided manufacturing (CAM). For the cemented solution, a cFDP was designed on top of a customised abutment luted to an adhesive base.

For screw-retained cFDPs, abutment, cement gap, and restoration of the cementable design were combined. All cFDPs were veneered manually on the facial side. Half of the samples underwent artificial ageing (thermocycling and chewing simulation) before fracture tests were conducted with loads applied to the pontic either parallel to the implant axis (axial loading on the pontic) or tilted lingually by α = 45 degrees (oblique loading on the pontic). Thus, there were eight groups differing in cFDP design, artificial aging, and load application (n = 8/group).

If fracture (Fu,total) occurred within the implant components, the adhesive base was replaced by a cast CoCr base, and the cFDP’s fracture resistance (Fu,cFDP) was also determined. Using statistical analyses (SPSS 24, IBM), factors affecting fracture resistance were identified.

When relating the results to maximum occlusal forces exerted in the maxillary anterior region, single implant-supported cFDPs can be a viable restorative treatment option.

To assess the effect of implantoplasty and implant-abutment design on the fracture resistance and macroscopic morphology of narrow-diameter (3.5 mm) dental implants.

Implantoplasty in diameter-reduced implants decreases implant wall thickness and fracture resistance, and varies depending on the implant-abutment connection. Internal hexagon and conical connection implants seem to be more prone to fracture after implantoplasty.

These abstracts were curated from a search on Pubmed using the keywords dental implants, implant fracture and implant screw fracture.

59d
|
Implant Dentistry
Dentistry Online uses cookies to give the best experience. If you continue to use our site, we will assume that you agree to the use of such cookies. Read More.
Accept