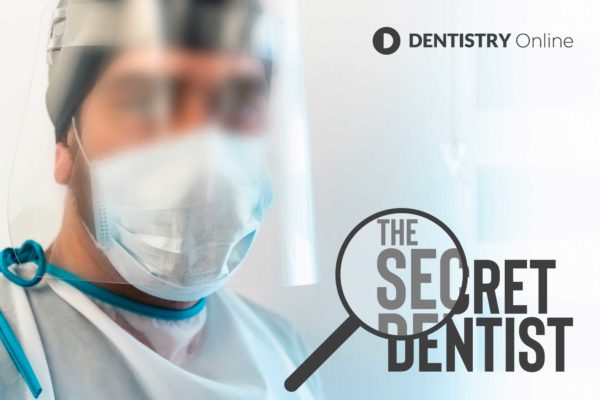 With so many groups in dentistry pulling in different directions, it’s difficult to have one common voice to help argue the bigger causes, the secret dentist says.

In the UK, 33 million people ie half the population, visit a dentist once or twice per year.

We have an ability to ‘do the right thing’ and positively influence everybody.

Our patients mainly attend willingly for regular care to be re-assured that all is ok and to regularly receive small interventions that prevent larger things going wrong.

Patients having treatment are highly vulnerable. They are lying down, with their mouths open having treatment, which they are not in control of, taking place in a very sensitive part of their body. They need to 100% trust the person doing the procedure. Patients give us their trust, and more often than not, thank us at the end.

So why don’t we make more of this? What is holding us back?

The current turmoil in the world created by the pandemic is an opportunity to promote a new way of thinking.

We must mention Dentinal Tubules, run by the non-stop, 24/7, Dhru Shah. We should commend Dhru but the organisation is mainly a CPD delivering set up. It is not trying to influence the world outside dentistry.

It could have some influence if it put its mind to it. Generally the average age of the members is younger, and it embraces the whole profession.

So where do we go?

In this new COVID-19/20/21…era, we need to build on the trust of our patients. Talk to them and influence them.

We need to ensure newsletters go out regularly with our positive, caring thoughts. Show that we aren’t just about teeth but about the whole patient and their family.

Healthcare is a unique business and dentistry is even more unique within healthcare.

Now is the time to rise up and seek to lead and influence like never before as the world around us enters the ‘new normal’. We need to influence this new normal by showing that there are people out there who do care, who do the right thing and can show leadership.

Make sure you positively influence every single patient you see today and tomorrow. Let them know how much you care. How much you care about them and their family and that you are there to help.

Now is the time to turn our patients’ trust in us for better use.

Now is also the time to influence the older generation of dentists that they need to do the right thing by their younger colleagues and force a change to NHS dentistry. Allowing the same old fudge is not acceptable.

Then all we need is an organisation/movement to smash our glass ceiling.

Answers on a…anything you feel appropriate.