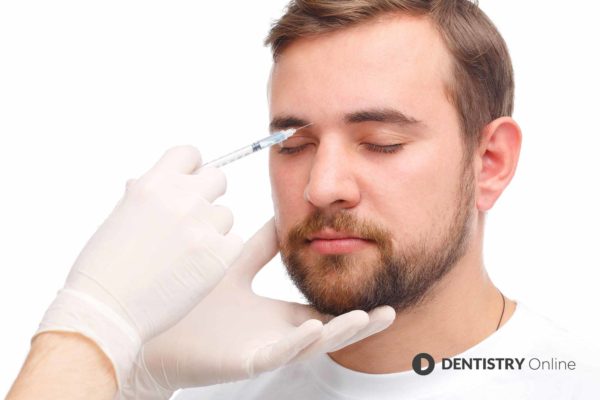 Nick Coller talks to Siobhan Kelleher about offering ‘brotox’ and life as a German-qualified hygienist and therapist.

Tell us about your dentistry journey

I qualified with an MA (Oxon) from St Catherine’s College, Oxford in French and German and worked for 10 years in advertising and marketing consultancy before I retrained into hygiene and therapy.

I only ever wanted to do hygiene and therapy. It just took me a while to be honest enough with myself to follow my heart.

I shadowed a close friend who is a hygienist whilst I was saving to put myself through the training. Shadowing her proved to me just how much I wanted to change career.

Last year I was also recognised as the first British hygienist to qualify as a senior hygienist (Hygieniker) in Hessen, Germany.

How did your German application come about?

The hygienist’s role in Germany is increasingly growing in importance.

Hygienists’ scope of practise (and pay) is tiered by level of qualification. Less advanced tiers can only perform supragingival scaling. Only the most advanced tier are able to perform root surface debridement.

As I speak fluent German, I thought I would try to gain accreditation as a senior hygienist. Before Brexit, in case the application process became harder in future.

I’m glad I applied when I did, as the whole process took a year and a half!

Why did you involve yourself in aesthetics?

I had experience of shadowing facial aesthetics treatments in some of my practices prior to training.

Watching treatments first-hand allowed me to realise that I might have a talent for aesthetics as a clinician with a good aesthetic eye.

Unlike hygiene, most clients look forward to their aesthetics appointments. As well as being another string to my bow, it provides variation to my day. Learning new skills has also given me more confidence as a clinician.

Tell us about ‘brotox’

‘Brotox’ is simple – Botox for the bros! I love that term.

It was evident to me from early on in my aesthetics journey that being a male clinician could work to my advantage. The male grooming arena is booming. Men are more conscious than ever of their appearance.

Clinics aimed at the female market can put men off. They appreciate being able to talk over their concerns and requirements with another man (and one who has Botox himself).

What did you do during lockdown?

From the outset I tried to have a routine and tasks for the day. From a work perspective, I attended a lot of webinars and kept up with the latest requirements for our return to practice, as well as writing articles for dental magazines.

And from a personal perspective, I’m lucky that I enjoy exercise so went running most days. I also laid a new floor in my flat!

What are your plans for the future?

I come from an academic background and I enjoy researching and writing articles. I am planning to focus on this aspect of my career moving forward and hopefully move more into presenting.

Also, I want to explore where my qualification as a Hygieniker in Germany can take me.

What advice would you give to a new graduate starting out?

I have several pieces of advice:

Siobhan Kelleher RDT owns Dentalhygienist.ie and is co-owner of www.dentalcpd.expert. She practises in Co Cork, Ireland, and was awarded Best Dental Care Professional at the 2014 Irish Dentistry Awards.

This article first appeared in Aesthetic Dentistry magazine. You can read the latest issue here.