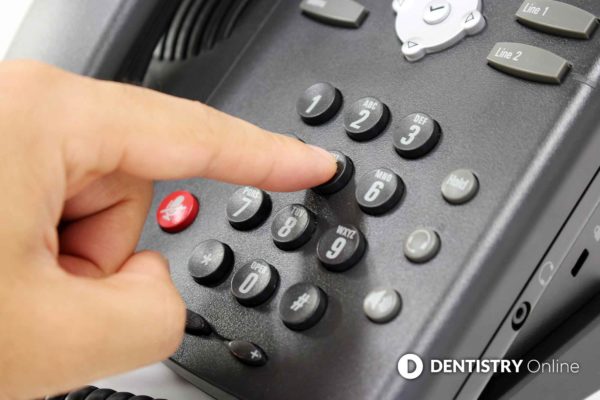 The top two most searched for advice articles in the summer were about how to access an NHS dentist, a watchdog has revealed.

In its new report assessing patient feedback from July to September 2020, Healthwatch unveil a significant spike in dental-related queries.

The top advice page visited by the public was: ‘COVID-19: How to get an NHS dentist appointment?’ – racking up 38,337 unique page views.

And coming in second was: ‘How can you find an NHS dentist?’, which had 26,954 unique page views.

The report also found that the number of people providing feedback on dentistry has increased fourfold (452%) in comparison to the previous three months.

Although feedback regarding other healthcare sectors have also spiked, the watchdog reported that it was ‘by a much less significant amount’.

More than 7 in 10 people (73%) found it tricky to access help and support when they needed it. This contrasts with just over 1 in 10 (11%) who could access care easily.

In addition, more than half of people (51%) expressed negative sentiments about dentistry compared with 1 in 25 (4%) who said something positive.

This reflected what Healthwatch reported in the previous quarter.

Statistics show that between March and the end of August, more than 14 million fewer NHS dental procedures took place in England. The BDA estimate this grew to 19 million by the end of October.

‘For many people dentistry effectively ceased to exist at lockdown, as a system already in crisis was pushed ever closer to the brink,’ said Eddie Crouch, chair of the BDA.

‘The difference now is problems that have dogged families from Cornwall to Cumbria for decades are now the reality in every community in the UK.

‘The arrival of COVID vaccines will not solve the problems facing millions of our patients. Sadly ‘business as usual’ in dentistry means postcode lotteries, failed contracts, and underfunding.

‘The government says the mantra is ‘build back better’. It must apply that logic to dental services.’

From a patient’s perspective, it might be surprising to hear that calls, queries and complaints surrounding dentistry increased during the summer.

After all, many practices had reopened their doors and slowly but surely got back to seeing patients.

But for many, routine procedures are still on the back-burner with access to NHS care worse than ever.

And the rest either did not answer the question or said they would not be accepting NHS patients at all.

While access was a worrying issue before COVID hit, it’s undeniable that it is now being felt more widely and more seriously.