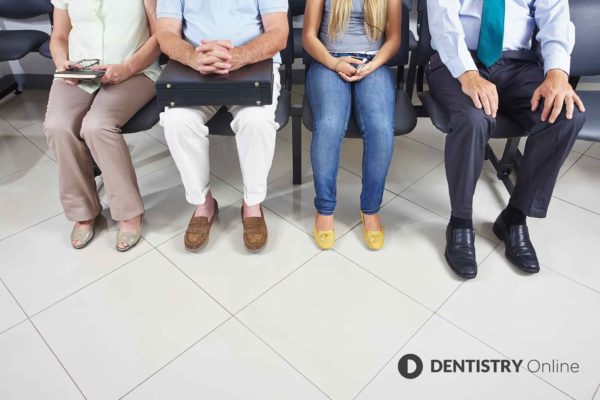 Patient waiting times for NHS dental work are doubling as COVID-19 continues to cause interruptions.

This is according to new data seen by the Daily Mail.

Following a Freedom of Information request, the news outlet found that waiting times have spiked – although overall numbers have not due to fewer referrals.

For example, the average waiting time at the Eastman Hospital in central London has almost doubled. In October 2019, it was 16 weeks – yet stood at 28 weeks at the end of August.

In total, around 7,700 patients are waiting for longer than 18 weeks between referral and treatment. But this figure was at 4,100 last year.

It is estimated that up to 14 million dental appointments could have been missed across the UK over the course of the pandemic.

Other hospitals have seen similar spikes in waiting times. For example, at Birmingham Dental Hospital average waiting times have tripled. They stood at nine weeks in October 2019 but rose to 27 weeks this September.

The hospital’s longest wait is now up to 61 weeks – meaning some dental patients are waiting more than a year to be seen.

This comes as the government scraps the need for patients to provide their signature on dental forms.

The temporary measure was approved by the Secretary of State for Health and Social Care at the start of the week.

It will remove the necessity for patients to provide their signature on prescription, dental and ophthalmic forms.

The new measure will last for a five-month period, ending on 31 March 2021.

Given that dental practices were ordered to close their doors at the end of March – and could not reopen until 8 June – these increases in waiting times might not come as a shock.

However, this is not to say the figures are not disconcerting.

More so than ever, these waiting times need tackling to avoid bigger – and more expensive – problems developing in the future.

As we head into our second national lockdown, dental practices have been given the green light to stay open.

Consequently, let’s hope this is a time where waiting times start to reduce rather than grow.