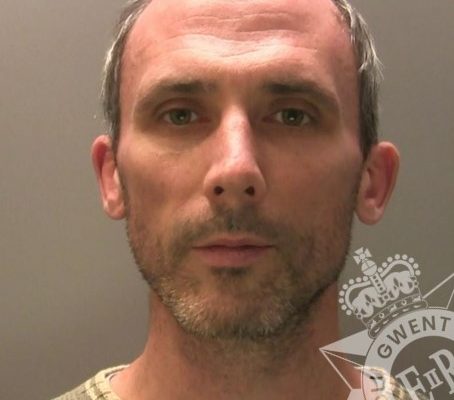 Ian Hutchinson speaks to Dentistry Online about how Tom Baddeley planned to torture him and whether there might be a stalking problem in dentistry.

Can you briefly explain what happened and who was Thomas Baddeley?

He was an adult patient wanting orthodontics due to severe crowding of his teeth.

We took out two teeth and straightened them.

So I sent him to the Bristol dental hospital and he saw a professor there. They said the work was fine and that there was nothing wrong with him.

But he turned around and thought he knew better.

He then asked me to put his two teeth back in his mouth. After two years of fixed braces that wasn’t going to happen.

We took the brace off and I contacted my defence union to warn them that there’s probably going to be a complaint coming.

That was the last I was to hear from him. There was no complaint.

The date the police arrested him and the date in his notebooks as ‘the event’ was four years after I saw him and took the brace off.

I ran late that night and wasn’t home on time. I live in a very rural area, so one of the neighbours spotted a man dressed in black with a black balaclava acting suspiciously. The car was in an unusual position.

She reported the plates to the police, and it was a false number plate.

The police came out and found him outside the house in a car with false plates, sealed in polythene sheets with his crossbow ready to fire, chloroform, knives, buckets, medical wipes, bare clothes and all of his notebooks.

Up to this point you had no indication that he was following you over the last four years?

He had more than 30 cars, all with false registrations.

He was a successful investor, retiring in his late 30s after making so much money investing. This allowed him the time and money to do all of this.

Following the arrest, he was jailed. What were your thoughts on his sentence?

I never got the whole story.

The police told me a man had been arrested outside the house. Then on Monday, special protection turned up to the practice, ready to take me away to a safe house.

I was questioning this. It was at a point when I didn’t know about the patient sealing the car, his plans to torture me and ensure that there was no DNA. No one had told me any of this.

Due to the COVID lockdown, the courts delayed the case.

He got 16 months, but the police told me he actually probably only served six and then got released. It’s because stalking without violence is a very low-grade sentence.

The argument is that people can have their fantasies. He says he was never going to do it. There’s a loophole in the law.

Going equipped to burgle is a criminal offence, but going equipped to murder is not. It wasn’t attempted murder because he didn’t pull a trigger although he did drive to the house.

You didn’t find out about his release?

No, I was trying to raise awareness of this law and that stalking without violence should be a serious crime.

The BBC ran a short story initially which went out on air.

That night I got a phone call basically telling me that he had been released. He was released immediately after court, which was approximately four weeks ago.

They say it’s not a serious offence, so they argue that I didn’t need informing.

I assume you’ve got a restraining order, and that he shouldn’t come anywhere near you

No one knows because he doesn’t have a tag. His car is tagged, but he has 30 cars in his name.

Now that he is potentially free to do whatever he likes; how does that make you feel?

He’s clearly an intelligent person because of his career, earning all of this money. He’s intelligent because he has a maths or physics degree; all of his research which he’s written up in his notebook.

The police say he’s a ghost. He has no digital footprint, he’s taken himself off of the grid and pays for everything in cash. He ignores professional opinion, not just me but the professors and other people who’ve said there’s nothing wrong with him. And he ignores the law.

Clearly, he’s not all there if he thinks that the water is poisoning him. Or asking me to put his teeth back in his mouth after two years.

But nobody seems to agree, because he has no counselling, no treatment. He’s just got a slap on the wrist and six months on remand.

Is there anything you can do now?

There is somebody taking it up with the attorney general. And there’s a Welsh MP who brought it up in parliament, so the justice minister is meant to look into it.

But they all say they’ll ‘look into it’, and they all have plenty to say, but they don’t seem to do anything.

It will happen again. A number of dentists have come forward who say they’ve had people stalking them. It’s quite a shock to be honest.

This has been quite a widespread problem then? Is stalking an issue in dentistry?

Yes definitely. The number of people who’ve said they have had problems – males and females having patients stalk them.

Why do you think in particular dentistry is a victim to this?

When it doesn’t happen, they blame the dentist.

You’ve got to develop rapport quickly with the patient.

I was trying to get the point through to the defence union that there’s a breakdown in communication, and a loss of trust.

In this country the unions tell you to carry on seeing the patient. I just think that it’s going to make things worse. The pendulum needs to swing back to protect the dentists and not the patients.

Is there any advice that you can give to dentists to ensure it doesn’t happen to them?

Be aware of your surroundings. And do some counter-surveillance training.

You have to collect your own evidence. Whether that’s CCTV footage or photographs. Document everything, because the law will let you down.

I can’t do my own risk assessment on this guy. I’m not allowed to know what data he gathered on me.

At one point the police asked if I would consider changing my name and moving and changing my job. I contacted the GDC, and they said there’s no way you can change your name. I said take me off the register and I can still practise under a different. But they said I couldn’t.

So, you get no protection or help from the governing body. You are just literally a sitting duck.

Do you feel safe now?

This last week, I have had more contact with the police than ever. They’re almost tripping over themselves to help.

Why are they suddenly doing this when the patient has been out for two months? I can only guess its because of the attention that the BBC have brought.

So, what you’re saying is that you have to create a fuss in order for the police to do anything about it.

Yes. Clearly this bloke has issues and psychological problems we are overlooking.

He has had no treatment, no counselling, nothing.

The reason I’m trying to bring it to the attention of everyone is because the police are asking me to help change the law. What’s happened with him has happened. I can’t turn the clock back. But we can stop it from happening to somebody else.

Like I said, so many other dentists have come forward. That’s why I’m talking to the GDC and trying to get the MPs to change the law.