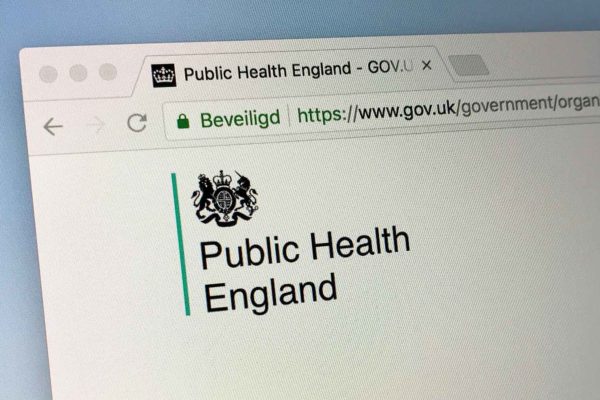 With the replacement of PHE, Dominic O’Hooley looks back at what went wrong and whether there is hope for dentistry in the future.

‘Probably the most visible example of unintended consequences, is what happens every time humans try to change the natural ecology of a place.’ –Margaret J Wheatley

Part one – musings on education

Well, Frank Spencer is in the news. Or rather, his unfortunate doppelganger – Gavin Williamson. Suited, pink cheeked and facially furnished with a ‘sh*t-eating grin’, as he walks into Number 10 to face Boris and Dom.

Oh, how he rues the day he became chief whip. And reflects on how his knowledge of where the skeletons are buried is what is saving his current position from the seeming inevitability of the Twitter published letter of resignation; ‘I wish my successor well (oh, you poor bastard…).’

It is easy and perhaps a tad lazy for us to smile indulgently as we watch the walking car crash unfolding before us.

Gavin’s effete Yorkshire accent, Scarborough cockle-seller mixed with the inflections of Michael Crawford in his pre-phantom days. Making us want to gawp transfixed, but also turn away. His public castration a little too visceral for our breakfast scoffing sensibilities.

Should we actually worry? Does the fixed-term parliament act mean that when the students; primed by the Scottish debacle, screamed foul, it was always going to be just a matter of time before they got their predicted grades. Grades unsullied by algorithmic machinations, attempts to rebut the outlier militant A+ for-all teaching union usurpers. And to prevent the seemingly inexorable rise of grade inflation.

Is it a bad thing?

It is a pity for Boris and co that they don’t have a natural orator like Nicola Sturgeon at the ready. Her sophisticated use of the well-timed apology further enhancing the public perception of her. As an honest broker instead of a canny manager of the cretinous Swinney. In comparison, they have: ‘Ooh Betty’.

Is the initial premise that grade inflation is a bad thing, wrong? Is it a disservice to our nascent students to hand them what they shout for?

Should we ignore the manipulations that seem so apparent within teacher-predicted grades, and accept that during these unprecedented times, a facilitation of what our little darlings want, has a net positive outcome?

I am not sure that I have an answer to these difficult questions. I know that my own inherent bias suggests to me that it is hopelessly hubristic to allow those who shout loudest to get the keys to their university kingdoms.

By empowering youth so strongly, we empower the prematurity of their frontal cortexes. The left-leaning orthodoxy that may lead to fewer statues, but also, perhaps, less freedom.

Inversely, the ‘Greta Thunbergisation’ of youthful passion may allow whole decades of nuanced but stagnant debate to bypass. To achieve a faster, fairer future.

An initial false premise; that an algorithm is fairer, that grade inflation is a ‘bad thing’, that a fixed term for our parliaments is better. These are the things that link this seemingly random introduction to the body of this essay.

Part two – PHE and how we did what we always do

How did pandemic planning end up being pushed into a filing cabinet marked ‘for someone else to do’? Rather than becoming a central tenet of a body seemingly centrally concerned with the public and their health?

It reminds me of one of my favourite books: The search for the weakest link: an introduction to human factors. By Franck Renouard and Jean-Gabriel Charrier. Franck is a chap I never tire of hearing speak. A charismatic Parisian, he combines deep intellectual themes with a lightness of descriptive touch. It leaves the audience both smiling but also full of thoughts.

In the book, he discusses how risk mitigation is a sum of its parts. And how a disaster is usually not one isolated event, but a series of interlinked happenings that all have to align in a very specific way, for the catastrophic ending to occur.

Authors of our own misfortune

A human system, borne from the ashes of the Health Protection Agency (HPA). Merging responsibility for infectious diseases with disparate public health functions, such as smoking cessation and obesity, could possibly sound hopeful. Is this the false premise at the start of the decline?

Hopelessly ambitious. Or is it more that the quasi-autonomous, non-governmental organisation was always going to be vulnerable to the self-selection of people who are drawn to ephemeral management techniques and soundbites, rather than substantial roles that can easily calibrate against success and failure? Do these people have an instinctive understanding that their rather refined skillsets can flex as personal ambition fulfilling traction against the ambitions of members of parliament?

They talk a good game. They spy the next big things. Inclusion, sugar consumption, how to hide behind complex figures if they trigger fear.

The amalgamation of disparate strands of ‘health’ in a centralised body. The simultaneous centralisation of the manager class, without the intellectual breadth to question the science when presented by seemingly god-like boffins who are actually as ‘finger in the air’ as the rest of us. Who are, perhaps, as likely swayed by the glare of the camera eye, the glimmer of the ‘flashbulb’, as we all are.

Do you see reflections of the GDC here perhaps? Managers as masters. Closed door discussions and the public right to know subsumed by those who know better being free to discuss the proles in private.

But are we the authors of our own misfortune?

We have succumbed to the drug-like blipvert pills of top line facts. Factoid as a proxy for deep thought. Reputation based on headlines and the latest phone. A glittery turd of fake that we swallow whole, whilst feeling enabled.

I know from my own experience of drafting letters to PHE with others from the British Association of Private Dentistry (BAPD), that we experience a microcosm of its playbook of techniques for dealing with questioning. Ignore. If that doesn’t work, regurgitate missives with seemingly important titles. Whatever you do, don’t actually engage in real debate. That might expose the shadow where the heart of the matter should live.

Oh, but we represent dentists. Private ones at that. Don’t they drive Porsche 911s whilst popping over to the Dordogne?

No, we are most likely sweating over our account-books as we try to pay our staff.

Well, I see the imminent passing of PHE as an opportunity. You may feel that is hopelessly naïve and that the same people dressed in new costumes will make up the National Institute for Health Protection. How can I blame you?

But my optimism is not based on foolish longings, on the wish fulfilment of the ignored little man in his little new club. No, it is based on the fact that a band of brothers and sisters have turned their eyes to study the machinations of those in power. Have steeled themselves for the fight that will surely come. We are not the timorous beastie that our union has become. We have our gaze trained upon those who thought they could walk roughshod over us all.

So, if you think that you can ignore our requests for information. If you feel that ignoring the ‘social media malcontents’, will mean they go away…bring it on.