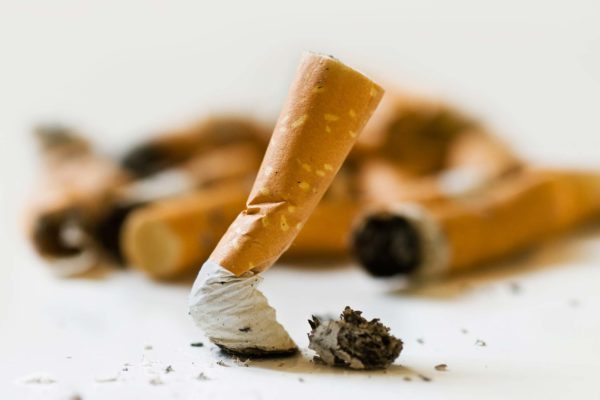 Almost one fifth of 25 to 34 year olds smoke cigarettes in the UK – but the overall number of those smoking is dropping.

This is according to new data unveiled by the Office for National Statistics (ONS).

The research looked into the UK’s smoking habits in 2019, highlighting that 14.1% of the adult population smoked cigarettes – equal to just under seven million people.

The figures represent a 0.6% decrease from 2019, marking a significant drop.

And statistics vary within the constituent countries:

The data also revealed that around one in four (23.4%) of those who work in routine and manual occupations smoked cigarettes. This is around two and a half times more than those working in managerial and professional roles (9.3%).

Additionally, 5.7% of respondents said they currently use an e-cigarette, amounting to almost three million people.

Since 2011, the largest fall in smoking prevalence has been among those aged 18 to 24 years old.

This comes as researchers reveals plain, standardised packaging led to drop in cigarette sales in the UK.

Before the legislation was introduced, cigarette sales were declining by around 12 million a month.

But after it came into force, the reduction fell to 20 million a month. The study also suggests a fall in the tobacco industry’s net revenue, from £231 million to £193 million – a 13% drop.

The UK was the second country in the world to introduce standardised packaging for cigarettes. Australia was the first.

You can view the full report here.