Reinvigorate, reassemble and realign your team ready for reopening 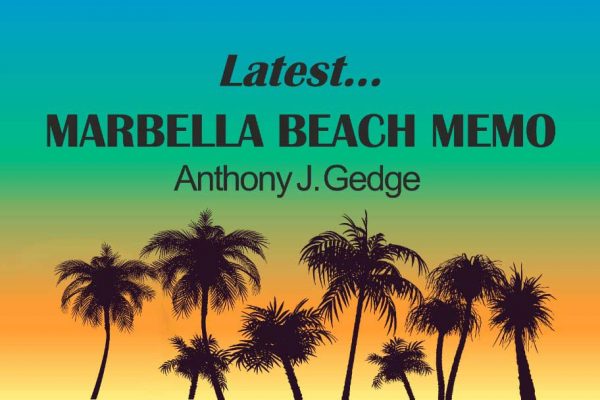 Reinvigorate, reassemble and realign your team ready for reopening

Anthony Gedge’s latest exposé on how a Manchester pushchair millionaire can reenergise you to reinvigorate, reassemble, realign your team when you reopen for maximum re-profit.

Are you dreaming of gold-plated and diamond-encrusted high-speed handpieces? I am. Whoever thought as a young, virile, 18-year-old that one day you would be dreaming of ultra-fast handpieces? When you reopen, if you have to wait 45 minutes between each patient, that’s a loss of half a day. Speed will make all the difference. Or you could be thinking about gadgets like UV lights and foggers, which may reduce viral load within minutes. I can’t wait for the day when you get the green light for aerosol generating procedures (AGPs). And neither can your patients.

Anyway, how’s it going with your furloughed folks? Let’s examine a scenario that may sound all too familiar. You send a Whatsapp message to your team: ‘How much CPD have you been doing?’ and 80% respond positively. The bottom 20%, though, bitterly disappoint. Two haven’t done anything at all. One claims she’s been ill, although on her Instagram, you can see she’s partying hard. In your heart of hearts, you knew these two culprits would be tossing it off.

The highly intelligent question to ask is: does the fault lie with them? Or do you do as I did when I first accepted I had a problem with alcohol, and examine your own responsibility? Alcoholics Anonymous step one is the beginning of a 12-step program to get and stay sober. It states: ‘We admitted we were powerless over alcohol and that our lives had become unmanageable.’

Chances are you’ve been managing two recruitment mistakes, and that in and of itself is your mistake. If you want to hire a better team, see the sixth article in Private Dentistry magazine, May 2020.

It’s not all your fault. You see, there has been little to no government lobbying on behalf of the dental profession to help attract and retain dental nurses. In fact, I was asked the other day by a practice owner if he should let the bottom 20% of staff go as soon as he reopens. Because, as he said: ‘Surely the job market will change after the virus?’

Yes, it will, but your team and patients are scared to death about their health and whether they will still have a job. My response: don’t throw the baby out with the bath water. During the first few weeks of reopening, it will be slow until we get the green light for aerosol. Then it will be the busiest in all your dental careers. You will need all hands on deck, whether your unmotivated B-team players commit to dentistry or not.

You may also worry about preparing your furloughed team for their return. I hope you’ve addressed and solved their FFDs (fears, frustrations, desires) on Zoom?

Can I have meetings with my furloughed team on Zoom?

If the training makes money for the business or provides service, then no. However, you can encourage your team to undertake training. You must be engaging with your team and holding regular training to make sure you are protecting the public at large when you reopen. You can’t just open up, and expect everybody to be on board. I am encouraging practice owners in my circle to start planning a ‘dress rehearsal’ in the practice before you open. In his book No Limits: The Will to Succeed, gold-medal swimmer Michael Phelps talks about mental rehearsal. He had won the race before he even started.

Sunderland Dental Maverick Michael Oliver, who successfully exited four years ago as a private flagship practice to IDH, sent me a message the other day. He’s been following my commentary on Dentistry Online and said: ‘Classic Gedge thinking…reminds me of the energising positivity you coached after the financial crisis of 2009.’

The virus will be your victory, though you don’t know it yet. Just as Michael didn’t know 12 years ago that the financial crisis would be the best thing that ever happened to him. He and his team worked harder than ever before, to make sure they did not go down the pan. They massively increased net profit as a result, and sold out at far higher multiples than any other private practice in the UK at that time.

Former General Electric chairman and CEO, Jack Welch, was famous for his candour on staff performance, and his ‘vitality curve’ model. Here’s the Wikipedia overview: ‘The vitality model of … Jack Welch has been described as a “20-70-10” system. The “top 20%” of the workforce is most productive, and 70% (the “vital 70”) work adequately. The other 10% (“bottom 10”) are non-producers and you should fire them.’

Twenty years ago, I consulted for the infamous ‘Fred the Shred,’ former Royal Bank of Scotland CEO. We made the bank millions on a customer referral system I implemented. He gained his nickname after shredding thousands of jobs and senior executives, and was stripped of his knighthood. There is a time and a place to review your team. Now is not that time.

Hire slow, fire fast. I made the mistake of doing the opposite 25 years ago in my Leeds nightclub, Liquid.

The building needed constant care and attention, because the damage done to nightclubs by overexcited party-goers is immense. I hired a handyman to keep the building in shape – John, the father of my silent partner. It worked out well for a few months, until I heard him making racist comments to my team. My manager, Dev, was black. John wouldn’t dare say anything in front of six-foot-three Dev. But he would make horrible remarks about the colour of Dev’s skin to other people. He was a straight-out racist, and I had to fire him.

Problem was, John was a violent man. So I had two doormen with me when I gave him his cards. He took it well, I thought, but that night he turned up at my house in Leeds. I let him inside, another mistake, and we sat and chatted. Without any warning, he punched me in the eye. Next thing I knew, I was on the floor, looking up as he picked up a glass dish, about to throw it at my face. My friend Richard rushed in, grabbed the weapon, and managed to usher him out. The police cautioned John. I decided to drop the charges if he stayed away, which he did.

That was my biggest hiring mistake. In hindsight, I would advise my younger self to interview 10 handyman candidates over the phone, make them take a DISC personality test and read 39 habits of highly successful handymen (behaviours, competencies, expectations of the job). Then I would interview two final candidates with my team. Before having them each do a day of work, mixing with the team. Then I’d have the team decide. And that’s how you need to do it, too.

Anyway, back to your two hypothetical team members who have let themselves down, as well as you and the rest of your team. If you hire slow, fire fast, then there is a high probability you would now have a team full of A players. The virus is, in fact, your opportunity and your victory in many ways you are not yet aware of.

Now is the time to re-evaluate your practice ‘values,’ or guiding principles. You will no doubt need to add a new value highlighting a safety-first approach for your team and patients, through targeted hygiene measures. Values are an integral part of your culture, and now more than ever your values will carry you forward and into aerosol.

Talking of values, and how they can lead you to creating a happy workplace culture, brings me to pushchair millionaire Andrew Kluge, from baby-product manufacturer Cosatto, who’s created a top-notch culture.

I took a team of dentistry’s disruptors on a field trip to Andrew’s Cosatto HQ. I knew it was going to be a special place to work, because his company has been named the second-best place to work in the UK on more than one occasion. His old mill house with around 60 people reminded Bev from Glendair Dental of Charlie and the Chocolate Factory.

As you would guess, it was a really happy place to come to work. That is one of Cosatto’s values, which they live each day. This value will now feature more than ever at Cosatto, to push them into a new baby-heaven landscape.

I asked Andrew who has been his biggest influence in business, and he said John Timpson, from Timpson shoes. After organising a field trip to Timpson, I know John makes everything as simple as possible for his people, by also relying on company values as his true north. Check out his book, Upside Down Management. If you do not have any company values set yet, then start by creating your one single core value to carry you through to aerosol dreams, not nightmares. Warren Buffett says: ‘It’s only when the tide goes out that you learn who’s been swimming naked.’ A percentage of your team has been. Maybe even you. Get your clothes on.

To address your fears of a short-term future without aerosol, I am delivering a special one-time-only online workshop: How to create a modus operandi future-proofing your practice. Assisting you and your team to strategically, skilfully and succinctly answer and execute 11 critical success factors to create a fast, uninterrupted, efficient 42-day cash-flow surge. It’s the most thorough and rigorous crisis-management executive briefing I have ever assembled in my 21 years of consulting, including working with Royal Bank of Scotland, Natwest, the Queen’s Bank Coutts & Co, Royal Mail, and, for the past 15 years, strategising exclusively in dentistry. For registration details, email [email protected].

Tony Gedge is the author of the ‘State of UK Dentistry Workplace Engagement Executive Briefing,’ ‘The Invasion Of The Straight Teeth Snatchers’, ‘Dentists Of Influence,’ and ‘The Authority Dentist Code To A Better Life: Work 2 Days A Week.’ Gedge is co-founder and trustee of the Dental Mavericks charity. He’s a tactical and strategic adviser and practice turnaround mentor to the dental profession, focusing on extreme customer service and pain-free practise.

Every dentist should consider early detection of malocclusion and airway problems, Myofunctional Orthodontics says. Every dentist must strike a balance…

Register now for The NHS to Private Dentistry Show