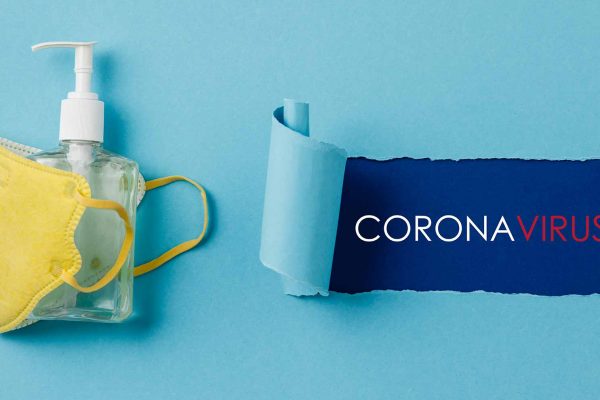 Eddie Crouch tells Guy Hiscott about how the BDA is listening and giving dentists a voice during a time of crisis.

What’s the current state of play with the BDA and its response to the COVID-19 outbreak?

The BDA head office at Wimpole Street has been shut down for several weeks now. The staff have been working from home – and doing a phenomenal job. What’s happened has been unprecedented, but the head office team have risen to the challenge.

During the outbreak, the General Dental Practice Committee – in particular Dave Cottam, Sean Charwood, and Vijay Sudra – have been meeting with NHS England on teleconferences about three times a week.

Progress has been painfully slow for everyone. The structure and scale of command within NHS England means that when initial discussions take place and we reach virtual agreements, they take forever to get sign off by people further up the chain.

That’s meant that the progress in England is much slower than in Wales and Scotland, for example. Here the chief dental officers (CDOs) have the ear of the minister, and things can happen far quicker.

The time lag for England by comparison has been really quite frustrating. NHS England has been snail-like in its decision-making process and dental practices have suffered as a consequence.

So it’s not a case of NHS England not being sympathetic then?

The people that we’re talking to on a regular basis are equally as frustrated with the pace of things. Of course, that’s now impacting on even more things. The urgent dental centres, for example, which have been slow to be developed.

Many dentists have been very keen to get up and treat patients on a face-to-face basis. But a failure to supply personal protective equipment (PPE) is completely hampering these centres.

I’m sure everyone heard the ministerial briefings coming out of Downing Street, where they said that all these things have been delivered to dental surgeries. Whoever was passing that information along obviously doesn’t know what’s happening on the ground. The chain of command just isn’t getting those messages through.

Those claims were almost made worse by the fact that the BDA corrected them after they were initially made. And yet another minister came on a few days later to trot out the same message.

Are these delays the shape of things to come?

I would hope not!

I know Mick Armstrong and Martin Woodrow have regular meetings with the senior figures within NHS England, the minister for health Jo Churchill, and the CDO. The minister is very sympathetic to the message that things need to improve very quickly.

We’re expecting to see significant numbers of these urgent dental centres starting to open up soon so that patients who need care can access it, and so that dentists can provide it.

Even with urgent dental centres in place, aren’t we storing up a lot of problems to tackle once social distancing relaxes?

Absolutely. Even when these centres are up and running, the standard operating procedures that are going to be used in them will mean that the volume of patients they can see will be quite small. They’re going to have to be very heavily triaged. So it’s really only the worst cases that will actually get any access to care. So you’re right. We’re storing up a huge amount of work for the workforce further down the line. Hopefully we will have practices that are viable after all this to actually help deliver that service.

Despite everything, many practices are going to be in a really serious position – especially the ones that rely heavily on private cross-subsidies.

What is the current level of support available for those mixed practices?

It’s been heavily hinted that support for private dentistry isn’t an issue for NHS England; it’s an issue for the Treasury.

The BDA, the Association of Dental Groups, and a number of other organisations have been lobbying the minister to brief the Treasury on the difficulties for private practices. A letter has gone to the Chancellor of the Exchequer from the BDA and eight other healthcare bodies about this issue.

The schemes in place at the moment really don’t have a lot to help dental practices. While practices with a heavy NHS commitment probably feel somewhat reassured in the short term about what’s been offered, those with a heavier private commitments are struggling.

What are the repercussions going to be if this situation isn’t resolved?

If significant numbers of private practices struggle to stay afloat, the long-term effect on the NHS is going to be catastrophic. Patients who do get their treatment outside the NHS will have nowhere else to go.

To be honest, many practices – even NHS practices – were already beginning to crumble before the pandemic. We’ve seen that in the number of contracts being handed back, general practice closures and corporates shuttering practices that were not viable.

If the situation before was pretty poor, it’s desperate now – and people need to wake up to that fact.

What is the BDA doing to try and resolve this?

We’ve managed to get the story out there into the national press. The issue of promoting support for dentists is definitely high up on the agenda. We’ve had some success with NHS England but we’re working very hard to try and achieve something for our private colleagues too.

Our advice to these practices is simply: keep giving us the information that we need to make the case going forwards. We have the ear of the minister. Support for the profession is definitely evident. It’s just a case of whether we can get that message relayed to the Treasury.

We’ve been looking into how private practices can support urgent care for private patients. And how we can get PPE into private hubs so those practices can keep on making a living.

We’ve made the update pages on the BDA website to be accessible by everyone, including non-members. This is something we will continue with whilst this crisis continues.

What other challenges lay ahead?

It’s going to be interesting once social distancing rules start relaxing and social mobilisation starts again. Some practices may have been mothballed for several months. It could be tricky for them to get up to being fully functioning. With the redeployment of some staff across the NHS, how easy will it be for them to come back into a dental clinical environment after what they’ve been through? We worry about that. Some people are going to have lasting memories to cope with and we all need to be mindful about that.

These are difficult times and there is support out there for people going through psychological trauma caused by all this. There are opportunities to reach out for support. I would urge everyone to take them if they feel they’re struggling.

Follow Dentistry.co.uk to keep up with all the latest dental news and trends.