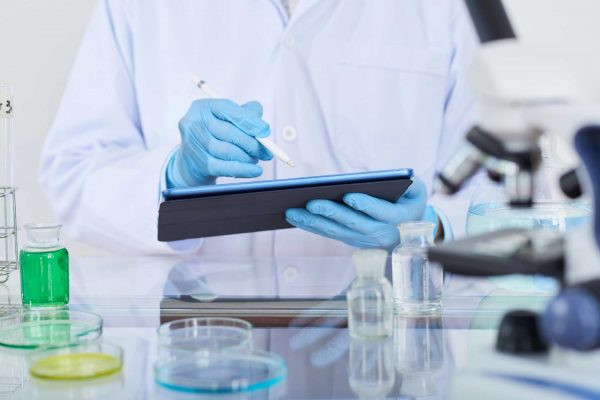 Researchers in China have developed a mouthguard that detects early signs of tooth decay and periodontitis.

Made from nanocomposite, it reacts with the sulfur compounds released by bacteria in the mouth – helping to reveal where dentists might need to take a closer look, reports Chemistry World.

In the UK, it is estimated that more than half of the adult population have at least one damaged or decayed tooth.

Developed by a team at Sun Yat-sen University in Guangzhou, China, the fluorescent mouthguard, when worn for seven hours, puts a stop to fluorescence in areas where the volatile sulfur compounds are being released.

The zinc oxide-poly device was tested on human subjects and successfully highlighted sites of tooth decay.

It is predicted that a mass-produced mouthguard would retail for around £2.40 – £3.60, with its transparency meaning it can be worn both during the night or during the day prior to a dental appointment.

Biomedical engineer Jianahua Zhou, who worked on the research, said the mouthguard’s low cost, long-term stability and good patient compliance means it is suitable for preliminary screenings prior to routine examinations.

This comes as a study helps to identify why sweetener do not successfully satisfy sugar cravings.

Carried out at Columbia University, researchers found that the brain responds to sugar not just when it hits the tongue but also when it passes through the gut.

The discovery, they believe, helps to explain why sugar is continuously craved as artificial sweeteners do not activate this gut-brain circuit, leading to less satisfaction.

Reported in Nature, it is hoped this could pave the way for new methods to help reduce sugar consumption.

This week we chat to Chris Barrow about the gradual easing of lockdown restrictions and what this means for dentistry.…