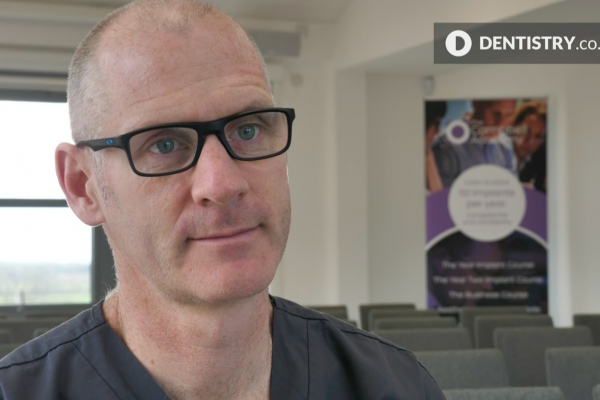 Here Colin Campbell explains why he got into dentistry, his aims and ambitions for the future and life away from the practice.

Colin Campbell has been teaching in dentistry since 1994. This was also the year he qualified as a dentist from the University of Glasgow.

He began teaching dental students as a house officer at Glasgow Dental Hospital and School. Colin then carried this on throughout his hospital career in Queens Medical Centre in Nottingham and Derby Royal Infirmary.

In 1997 Colin became a Fellow of the Royal College of Surgeons of Edinburgh. He also began teaching vocational dental students in 1998. Colin placed his first dental implant in 1998 and began lecturing in implant dentistry in 2001, at that time for the Straumann Dental Implant system.

In 2007 Colin ran his first Live Skills implant course and formed The Campbell Academy in 2013.

Throughout his dental career Colin commits to exceptional, ethical dental education. The Campbell Academy therefore underpins this whole philosophy. Colin firmly believes in basing the training of dentists on ethics originally and aiming to provide the highest quality of care at all times.