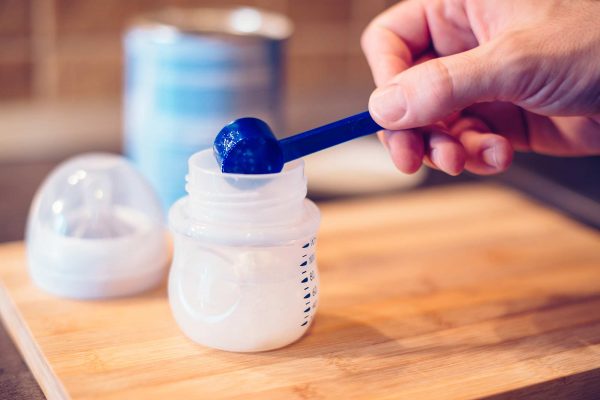 Research has found that certain baby formula products contain twice the amount of sugar than a fizzy drink.

The study revealed that more than half of the formulas targeted had more than 5g of sugar per 100ml.

And in some cases, sugar levels exceeded 7.5g per 100ml – an amount that trumps the recommended EU levels for infants.

For example, a French powdered product for babies under the age of six months contained 8.2g of sugar per 100ml.

Additionally, a UK ready-to-drink milk formula – aimed at infants under the age of 12 months – contained 8.1g per 100ml.

In comparison, Fanta Orange is made up of 4.6g of sugar.

The study was carried out by Gemma Bridge, of Leeds Beckett University, and Raman Bedi, a King’s College London professor in transcultural oral health.

They looked at the sugar content of more than 200 baby formula products aimed at children under the age of three.

All formulas were commercially available in supermarkets across 11 different countries.

The researchers recommended that regulations need to be put in place regarding the sugar content of baby formula products.

They also called for the disclosure of added sugar by manufacturers to be mandatory to help buyers make better informed decisions.

This comes as figures reveal a significant drop in the number of drinks containing an excess of sugar following the implementation of the sugar tax.

Looking at the content of soft drinks between September 2015 and February 2015, statistics show those containing too much sugar fell from 49% to 15%.

The researchers suggested that such changes could help to reduce exposure to sugars and, therefore, also reduce the associated health risks.