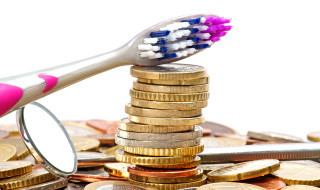 The average private practice’s profit is more than £16,000 greater than that of its NHS counterpart.

This is according to the latest figures from NASDAL (National Association of Specialist Dental Accountants and Lawyers).

Overall, the industry market has seen a modest hike of in fee income (+3.5%) as well as an increase in profit (+2%) in both private and mixed practices.

On the other hand, staff costs have seen an increase. Practices overheads also swelled more than the NHS contract uplift.

Additionally, the data reveals a fall in profit of 1.4% for NHS practices when compared to the figures of 2017-18

Ian Simpson, chartered accountant and a partner in Humphrey and Co, said: ‘Private practices are continuing to do well and a profitability gap is widening between private and NHS practices.

‘NHS practices have seen an increase in costs, most notably in staff and general administration.

‘As one might expect, mixed practices seem to be sitting somewhat in the middle.

‘They have the highest cost ratios and typical mixed practice profit is nearly £8,000 less than a typical private practice profit, and £8,000 more than an NHS practice.’

On top of this, the statistics also unveil a hike in associate profitability of more than £1,000.

‘However, it would be remiss of us not to mention the elephant currently in the room – COVID-19.

‘We know this will have a life changing impact on dentists and dental practices across the country – we wish everyone well and will of course share useful information as and when we have it.’