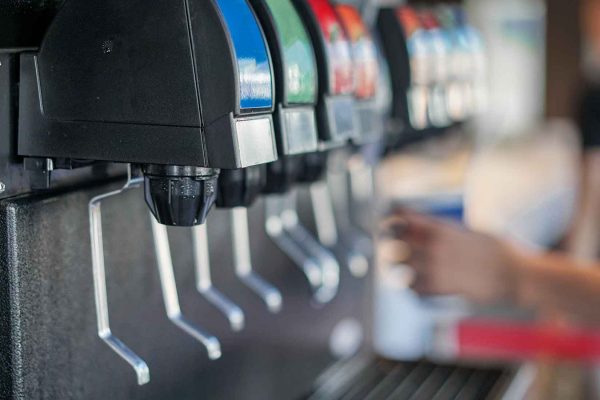 The number of drinks containing too much sugar fell from 49% to 15% following the sugar tax.

A new study looked at the impact of the sugar tax on soft drinks between September 2015 and February 2019.

It found, despite little change in the product size or number of products available, sugar content had dropped.

‘The Soft Drinks Industry Levy (SDIL) was associated with a large reduction in the percentage of soft drinks (particularly branded drinks) that are subject to the levy because of large reductions in the sugar levels of these drinks,’ the researchers said.

‘There was no evidence for similar reductions in control SDIL-exempt drinks.

‘This suggests the SDIL was the motivating factor for this change.

‘We found manufacturers weren’t directly passing the levy on to the consumer through commensurate increases in the prices of targeted drinks.

‘Manufacturers and retailers appear to have taken the opportunity to undertake wider revision of their entire soft drink market offer.

‘These changes could reduce population exposure to sugars and associated health risks.’

The BDA has welcomed the findings encouraging the government to expand the levy to tackle child tooth decay and obesity.

Despite raising £340 million in 2020-21, no money from the sugar tax is ring-fenced for spending on preventive programmes for children.

The BDA wants the government to introduce milk-based drinks into the levy and for funding to go to oral health programmes.

‘The sugar tax has earned its stripes as a weapon in the arsenal of any government interested in tackling preventable disease among children,’ BDA chair, Mick Armstrong, said.

‘The question now is, are ministers prepared to follow the evidence, double down and really reap the benefits?

‘If we’re going to win the war against obesity and tooth decay, we must ring-fence revenues from an expanded levy.

‘Not left plugging holes in other budgets.’

Sugar levels in drinks covered by the sugar tax dropped 10 times faster than foods outside the levy, figures show.

PHE consequently challenged the food industry to reduce sugar in the rest of its products by 20% this year.

It hopes this drop in sugar will help to improve the level of obesity and tooth decay seen in children.

‘Encouragingly, some businesses have made good progress in reducing sugar.

‘But some businesses and categories have made very little or none.

‘We know the public wants the food industry to make food healthier.

‘It is clear we can do this.

‘But we urge the whole of the food and drink industry to keep up the momentum to help families make healthier choices.’

1hr Oral Health
Dentistry Online uses cookies to give the best experience. If you continue to use our site, we will assume that you agree to the use of such cookies. Read More.
Accept