How to make the NHS prototype contracts work 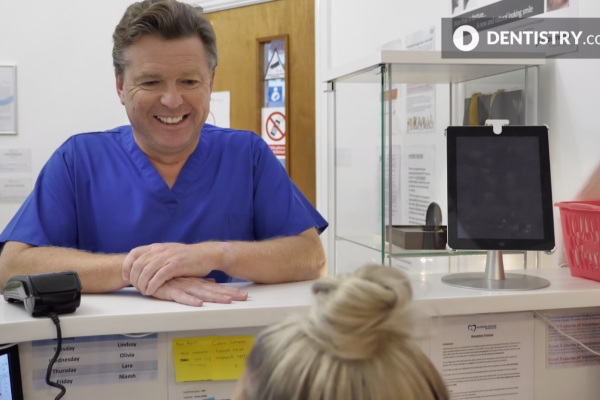 How to make the NHS prototype contracts work

Simon Flaherty explains how he made the NHS prototype contracts work in his practice, Alverna House.

Reviews of the NHS prototypes are mixed after being rolled out in various waves across the country.

Confusion over what the new NHS dental contract might include and whether it is good for business has created roadshows where dentists gather to discuss the future of NHS dentistry.

Since then the Office of the CDO has released some positive results showing how the prototypes are going.

‘The prototypes work well if you’re able to use therapists for interim care and preventative appointments,’ he pointed out.

Extra funding isn’t available for dental practices looking to take on the prototypes.

But Simon believes the reason Alverna House has made it work is by looking at it differently to UDAs.

It’s a different mindset for the practice, the principal and also the associates and the whole dental team.

Communication of the different mindset to the whole dental team is also very important to make sure everybody is on board.

The prototypes have been ‘fantastic’

Going straight from UDAs to the NHS prototype also allowed Simon a little flexibility too.

Some practices dropped their patient numbers when they went through the pilot phase of contract testing.

‘Our experience is the prototypes have been fantastic,’ Simon said.

‘But it all depends on the figures.

‘You need to look at what the NHS is offering your practice to see if it works for you.

‘If the figures work well, I would certainly go for Blend B of the NHS prototype.

‘It will only work if there is good training and support in the early stages.

‘I would thoroughly recommend managers and principals make sure the associates are on board.

‘Pay the associates the same way the NHS pays the practice.

‘And ensure there is education for the associates, so they know how it works and how different it is from the UDA system.’