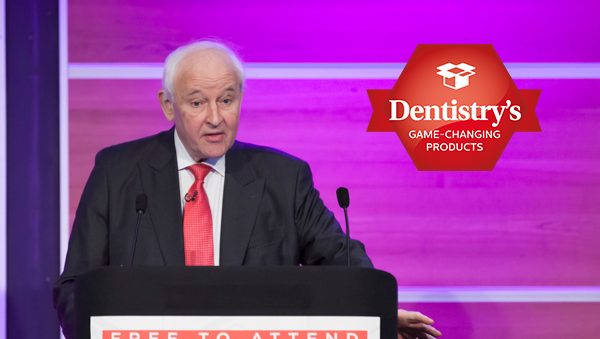 To celebrate 25 years of Dentistry magazine, we’ve asked leading dental professionals for their game-changing innovation that shaped their career. In this article we asked Kevin Lewis what his game-changing product is.

He was the dental director of Dental Protection for 18 years up to 2016.

He was also an executive member of the Council (Board of Directors) of the Medical Protection Society.

Kevin has been writing a regular column in the dental press for 38 years.

He is the consultant editor of Dentistry magazine.

Kevin has honorary membership of the British, Irish and New Zealand Dental Associations.

And also of the British Society for Restorative Dentistry.

In 2017 he became a member of the transition board of directors tasked by FGDP(UK) to establish a College of General Dentistry, serving as a collegiate home for UK primary care dentistry.

This is a very simple question for someone of my generation.

For me it has to be broadband.

It isn’t a dental product but is certainly ground-breaking and shaped my career in so many ways.

I first computerised my own dental practice way back in 1980 (now half a century ago), so I was hardly a late-adopter.

Twenty five years ago, it was only four years since Tim Berners-Lee had invented the world-wide web.

Ten years later (in 2001) fewer than 10% of UK households and less than 15% of UK businesses had access to broadband.

The UK was very slow to catch on compared to most other developed countries.

The majority of UK households only had access to even the most basic broadband in 2009/2010.

By which time different family members (and different generations) were using it for very different purposes.

I well remember the pain of unreliable dial-up internet connections in distant hotel rooms around the world, in timezones that created the narrowest and most awkward of windows for communicating with my UK office at that time.

But even dial-up was better than the endless stream of overnight faxes that preceded it.

That’s why I hope you can indulge my appreciation of super-fast broadband.

I can only guess at how many editorial deadlines I would have missed, but for being able to rely on a quick and efficient broadband connection.

And where would we be without the ability to access and download huge quantities of information from millions upon millions of websites exactly when it suits us?

Think of all the time it gives us back and try to put a price on that.

And would practice owners really prefer to go back to the days before they were able to use their own websites to reach and inform patients and potential new patients?

When you add the endless possibilities it opens up in our personal and private lives too, surely it’s no contest?