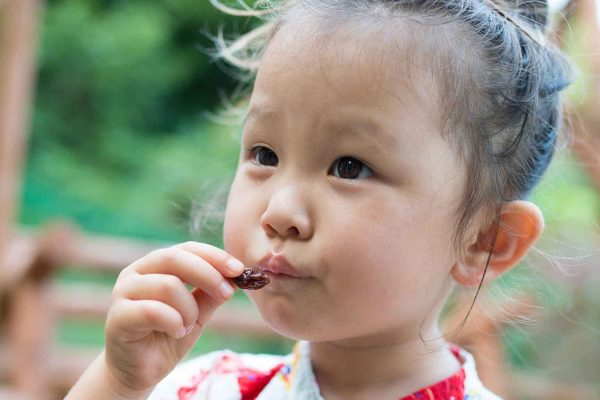 The British Society of Paediatric Dentistry (BSPD) is calling on the government to stop giving out raisins as snacks.

The government-funded School Fruit and Vegetable Service (SFVS) gives out dried raisins as a snack each half term.

BSPD believes these snacks and other dried fruits should only be kept to meal times due to their sugar content.

‘Like most schools in the country, my children’s primary school receives fruit snacks through the SFVS,’ Jo Dawson, dental nurse and oral health educator at Devonshire House in Cambridgeshire, said.

‘This includes raisins six times a year on the first day of every half term.

‘This by itself is not entirely alarming, but it has implications.

‘Schools cannot discourage dried fruit brought in as snacks by older children when they are given out by SFVS.’

Ms Dawson is changing government-funded SFVS policy of giving out dried raisins as a snack between mealtimes.

‘Dried fruit such as raisins can form part of a healthy diet, but we recommend that they are eaten sparingly and at mealtimes,’ Claire Stevens, spokeswoman for BSPD, said.

‘Drying fruit concentrates the sugars and creates a food which can stick to teeth and cause decay.

‘For this reason, whole fresh fruit and vegetables are a much safer snack for children.

‘Well done to Jo for her single-minded crusade.’

It hopes this will help combat high tooth decay rates amongst school children.

The faculty has produced 12 recommendations to reduce tooth decay prevalence including:

‘It is incredibly worrying that levels of tooth decay among children in England remain so high,’ Professor Michael Escudier, dean of the Faculty of Dental Surgery, said.

‘Especially when you consider that it’s almost entirely preventable through simple steps.’