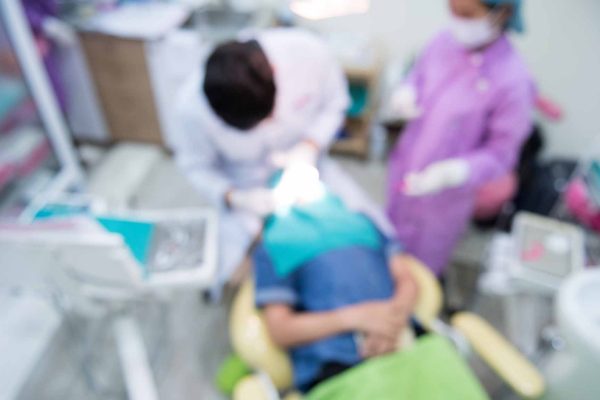 Labour is promising to scrap charges and offer free dental check ups if it wins the next general election.

All band one treatment costs will be dropped under the plans, including check ups, scale and polish and X-rays.

In addition, Labour says it would fund corrections to fillings, dentures and braces, as well as fluoride varnishes and plastic sealants.

The party believes this will cost the NHS £450million a year.

The British Dental Association (BDA) has welcomed the move and called on all parties to help improve dental patient access.

Adults in England unable to get an NHS dental appointment

Around 1.45 million adults across England cannot get an NHS dental appointment, new analysis from the BBC shows.

A further 2 million adults assume they cannot get an NHS dental appointment where they live.

And 0.73 million adults cannot access dental care because it is too expensive.

The BDA has told the BBC access problems are down to difficulties in filling NHS dentist posts.

It claims there’s been a 29% fall in funding per person over the last seven years with inflation taken into account.

More than three quarters (77%) of NHS dentists don’t see themselves working in the NHS in five years’ time.

The latest Dentistry Confidence Monitor from Practice Plan found that of those that wanted to leave:

The Monitor also found that 90% of predominantly NHS dentists are anxious or very anxious about the risk of complaints.

Furthermore, some of the NHS dentist respondents felt they couldn’t provide the level of care they wanted to.

As well as others who said they didn’t feel they had enough time to manage patient expectations.

During World Antibiotic Awareness Week, dentists and dental professionals are reminded to think about their use of antibiotics.

National dental organisations have welcomed a steady decline in the number of antibiotic prescriptions issued in dentistry.

Since 2011 there has been a steady reduction, but last year saw a 9% drop.

Dentistry accounts for 5-7% of NHS antibiotic prescriptions, including 60% of metronidazole prescriptions in primary care.

Its latest study claims chewing gum is better for our oral health than education and supervised tooth brushing alone.

The study compared levels of dental caries in adults and children.

For example, tooth decay is the most significant condition affecting children across the world today.

It hopes the pop-up experience will re-invent the way consumers interact with the brand.

It is a new way of accessing information about teeth straightening and connect with Invisalign doctors in the local area.

Using Smileview technology, consumers can take a selfie and see a non-clinical visualisation of what their new smile could look like in their own photo.

Afterwards they’re connected to an Invisalign dentist of their choice for a free initial consultation.

They will then determine if they are a good candidate for Invisalign treatment.