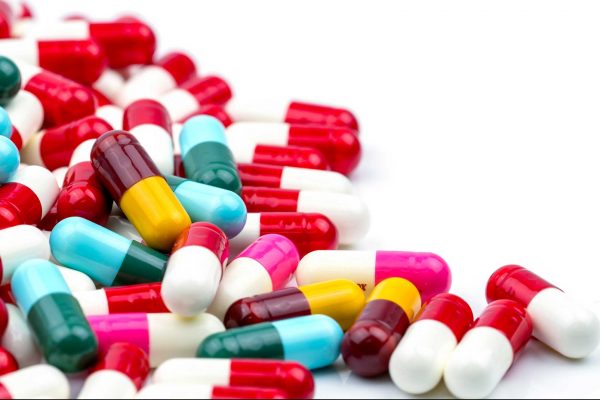 Taking place between 18 to 24 November, World Antibiotic Awareness Week is set to highlight the issue of antibiotic resistance. Are you ready to join the rebellion?

World Antibiotic Awareness Week (WAAW) will take place between 18 and 24 November this year.

Since their discovery, antibiotics have served as the cornerstone of modern medicine. However, the persistent overuse and misuse of antibiotics in human and animal health have encouraged the emergence and spread of antibiotic resistance. This occurs when microbes, such as bacteria, become resistant to the drugs used to treat them.

World Antibiotic Awareness Week 2019 uses the message of ‘the future of antibiotics depends on all of us’ as its key theme. The public message focuses on prevention of infections with basic interventions that are applicable in all settings: safe sex, hand washing and vaccination.

This year’s campaign will use multi-day social media messaging. Furthermore each day of WAAW will focus on a different objective of the global action plan on antimicrobial resistance (AMR).

Dentists will have the freedom to celebrate WAAW by focusing on what is most important to them and their work.

The WHO is currently working on a range of new resources and materials for World Antibiotic Awareness Week 2019. These include: an augmented reality AMR app, a ‘how-to’ guide, and an advocacy suite.

Since its launch in November 2015, the global movement has seen numerous countries create campaigns to help raise awareness of antibiotic resistance.

In one global activity, India unleashed ‘superheroes against superbugs’. The initiative – from the Wellcome Trust/DBT India Alliance and World Comics India – uses comics to help children find their inner heroes in the struggle to build awareness around antibiotic resistance.

The superheroes against superbugs idea is built around the premise that particularly young minds can influence behaviours and bring transformative change when equipped with the right tools.

The success of the superheroes against superbugs campaign therefore shows the simplest ideas can influence even the most complicated of issues.

‘Children in their early teens are eager to learn,’ Dr Shahid Jameel, CEO of the India Alliance, said. ‘They can not only understand the complexities of antibiotic resistance. But they can also influence others and help spread awareness.’

Last year, students from around the world came together for WAAW for the Innovate4AMR capacity building workshop in Geneva, Switzerland. React hosted it with the International Federation of Medical Students Associations, in collaboration with the WHO and South Centre.

Innovate4AMR is an online competition looking for innovative and creative solutions. It’s looking for solutions that will help address the issues of AMR from a systems change perspective.

The Innovate4AMR concept focuses on empowering current and future healthcare professionals. It wants them to take initiative in solving the problems they face in their respective healthcare settings.

It focuses on implementation rather than just rewarding good ideas. With the aim of identifying real-life local projects that have the potential to make a positive and scalable impact on communities, Innovate4AMR wants to be the bridge connecting these projects to the global AMR community.

Speaking about last year’s event, director of WHO’s AMR secretariat, Dr Marc Sprenger, said: ‘Competitions like this are the springboard for long-term solutions to antimicrobial resistance. It’s been great to see the variety of approaches applied.’

Last year’s winning project focused on empowering mothers (or caregivers) in both urban and rural communities in Peru. It gave them necessary knowledge to address the issues on antimicrobial resistance in the paediatric population.

Their project highlighted the need to provide culturally sensitive approaches to the Quechua and Aymara-speaking populations.

From 145 proposals received globally, and more than 1,200 students, the participants from the 11 finalist teams spanned Honduras, China, India, Peru, Philippines, Nigeria, Canada, USA, Pakistan and Uganda; a testament to the global nature of the AMR issue.

‘The effects of antimicrobial resistance are felt around the world. Everybody is susceptible to these infections. This is a global problem. We need global solutions implemented in local situations too,’ Dr Sprenger said.

In the UK, planned activities include awareness sessions being held at University Hospitals Birmingham NHS Trust, and the Bug Bus in London. As well as a Great British Tea Party hosted by Antibiotic Research UK.

The 2019 global campaign map is now live. So if you’ve a WAAW event, meeting or media campaign planned then be sure to post it via apps.who.int/world-antibiotic-awareness-week/activities.

For more information on WAAW, and to download free campaign materials, head to bit.ly/34cxr7Y.