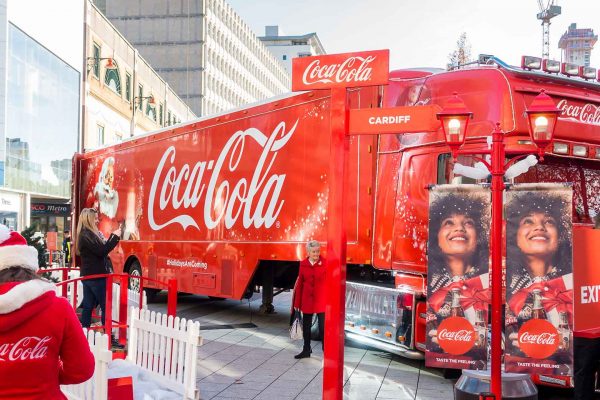 Paediatric dentists are warning parents not to allow their children to develop a taste for sugary drinks.

Warnings come as the Coca-Cola trucks start an annual tour of the UK handing out free of charge sugary drinks.

‘The motive for the tour can only be to encourage consumption of Coca-Cola brands,’ Claire Stevens, spokesperson for the British Society for Paediatric Dentistry (BSPD), said.

‘All of the drinks are harmful, including the zero sugar version.

‘They cause erosion, which baby teeth are particularly susceptible to.’

Dentists and action groups spoke out about the tour last year due to concerns about decay levels amongst children.

Paediatric dentists remove hundreds, if not thousands of decayed teeth every year sometimes from children as young as two.

The BSPD puts the blame for this on excessive sugar consumption found in food and sugary drinks.

‘We share and support the advice of Public Health England,’ Ms Stevens continued.

‘Fizzy drinks should have no place in a child’s diet.’

Earlier this year the Faculty of Dental Surgery urged schools to go sugar free for their dinners.

As a result it hopes this will help combat high tooth decay rates amongst school children.

The faculty produced 12 recommendations to reduce tooth decay prevalence including:

‘It is incredibly worrying that levels of tooth decay among children in England remain so high,’ Professor Michael Escudier, dean of the Faculty of Dental Surgery, said.

‘Especially when you consider that it’s almost entirely preventable through simple steps.’