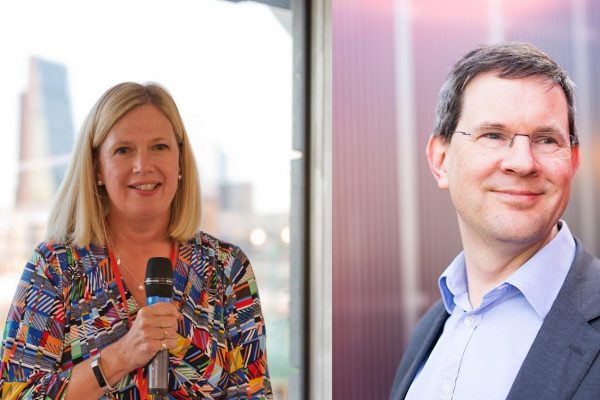 ‘We are delighted to welcome Sarah and Stefan to the GDC,’ chief executive and registrar, Ian Brack, said.

‘As we approach 2020 and the beginning of our new three-year strategy, this is a crucial time in the organisation’s development.

‘I look forward to working with the executive team and wider colleagues in achieving our goals.’

Remits within the GDC

Ms Keyes comes with a background in regulatory organisations, most recently as director of Organisations for Change at Ofcom.

Her remit will be for the regulator’s human resources, people development and inclusion functions.

Furthermore, Mr Czerniawski comes from a career in the civil service, with a background at the Department for Work and Pensions.

He will head up the strategy directorate, which covers policy development, education quality assurance, communications and engagement.

The GDC is under fire at the moment after accusations of attempting to ‘trick dentists’ into wrong doing.

Concerns in particular stem from a 2016 case where a dental technician was subject of an anonymous complaint to the regulator.

Two months afterwards, the General Dental Council (GDC) instructed an under-guise operation where two private investigators attempted to lure the dental technician into doing something against his better judgement on compassionate grounds.

‘In order to fulfil its statutory function, namely the protection of the public, the GDC investigates complaints or information received in respect of a registrant’s fitness to practise,’ a spokesperson for the GDC told Dentistry.co.uk.

‘There are number of methods open to us in pursuit of this.

‘This includes the use of external investigators, however this approach is one that used in exceptional circumstances.

‘The GDC has a legal duty to investigate fitness to practise concerns.

‘This is an option we may exercise where we are unable to rely on evidence from an informant.

‘For example where information which represents a potential danger to the public is sent to us anonymously.

‘And where no alternate route is open.’