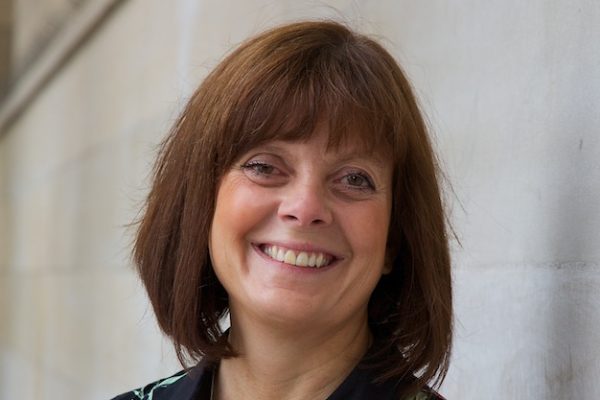 The dental needs of children with craniofacial deformities are a priority for Sarah McKaig, the incoming president of BSPD

In the year ahead she plans to raise awareness of the need for a national care pathway in the management of this cohort of children, a group she supports routinely in her working life.

Mrs McKaig will outline the care pathway that has been developed for children with craniofacial deformities at Birmingham Children’s Hospital and hopes to get feedback on services in different regions so she can ascertain unmet need around the country.

She presently works at both Birmingham Dental Hospital and Birmingham Children’s Hospital, where she has developed expertise in the multidisciplinary care of medically compromised children.

‘In Birmingham we have a very good relationship with medical and surgical colleagues,’ she explains.

‘I am part of the West Midlands supra regional craniofacial unit at Birmingham Children’s Hospital.

‘It is thanks to our maxillofacial colleagues that my time is funded to work as part of their  team but currently I am the only paediatric dentist within the four supra regional centres who is funded to do this work.

Making a difference in paediatric dentistry

‘I am pressing for the care pathway for children with craniofacial deformities that we have developed to be extended and to be recognised and funded. It would be similar to the one that has been successfully developed for cleft patients.’

Mrs McKaig added:  ‘There are lots of children I have seen as a consultant in paediatric dentistry that I reflect on and hope that I have made a difference.’

She studied dentistry at Leeds and qualified in 1993 and started working in hospital in the restorative department before moving to Nottingham as a senior house officer in the maxillofacial department and then on to Newcastle.

In 1998 Mrs McKaig moved to Birmingham as a registrar.

She says: ‘The area benefits from fluoridated water however, with the second largest population of under 18s in the UK, dental decay is still prevalent.

‘The number of children referred into hospital for treatment including extractions under general anaesthetic is unacceptably high. ‘

‘Unfortunately the message is still not getting through. I fully support all the initiatives, such as the move to make schools sugar free and getting all health care professionals as well as nursery nurses and teachers on board with giving out good dietary advice.’

‘I want to see the unmet need in children in the UK identified and catered for,’ she explains.

‘For a patient with craniofacial deformity, that means wherever in the country they are, their care should be delivered consistently and expertly and their dentist should be aware of their needs and involved in their management.’

Mrs McKaig took over as president at the end of the BSPD conference and is already lined up to speak in Newcastle, London, Manchester and West coast of Scotland.

She will continue to represent BSPD at the Royal College of Paediatrics and Child Health and be the dental liaison trainer for BSPD on child protection response and recognition.

Fast Track 4 – how winning has helped me