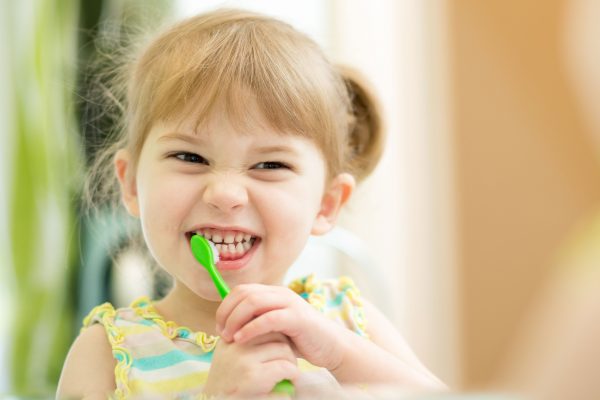 Since its launch in 2009, tooth decay in five-year-old Welsh children has dropped by more than 10%.

There has also been a 35% reduction in the number of children undergoing dental procedures under general anaesthesia.

‘There is no doubt that prevention works, and results in less children suffering and having to take time off school due to tooth decay,’ Minister for Health and Social Care, Vaughan Gething, said.

‘Studies show children with decay in baby teeth are three times more likely to have decay in their adult teeth.

‘We need to make every effort to keep children decay free by five.

‘The last 10 years have shown what can be achieved through preventative measures.

‘A scheme that was criticised by some when first introduced has brought about great changes and had a significant impact on children’s dental health.

‘Whilst we celebrate this milestone, we must strive to eradicate tooth decay completely.’

The British Dental Association (BDA) Wales is using the opportunity to urge the government not to rest on its laurels.

It highlights concerns that Designed to Smile is taking budget away from treating older children.

‘Designed to Smile has made significant inroads, but the Welsh government cannot rest on its laurels,’ Lauren Harrhy, deputy chair of the BDA’s Welsh General Dental Practice Committee, said.

‘Tooth decay remains the number one reason for hospital admissions among our children.

‘Yes we’re playing catch-up, but we still lag behind England in terms of oral health.

‘So we need real investment from Ministers not penny pinching.

‘And we need a willingness to act on a crisis that’s left barely a quarter of NHS practices taking on new child patients.’

Almost half (41%) of dental practices in Wales say they are taking daily enquiries from new patients seeking appointments.

One practice in Cardiff and Vale reported receiving more than 60 calls a day from would-be patients.

‘The low number of practices taking on new NHS patients and the variation between different parts of Wales is a significant concern.

‘People are not receiving the services that they need.

‘Recently, the Health, Social Care and Sport Committee undertook a review of dentistry in Wales.

‘We were clear that changes need to be made by the Welsh government in order to improve matters.

‘The current contract arrangements need to change if we are to see improvements.’