Mistrust and mental health issues revealed in survey of dentists 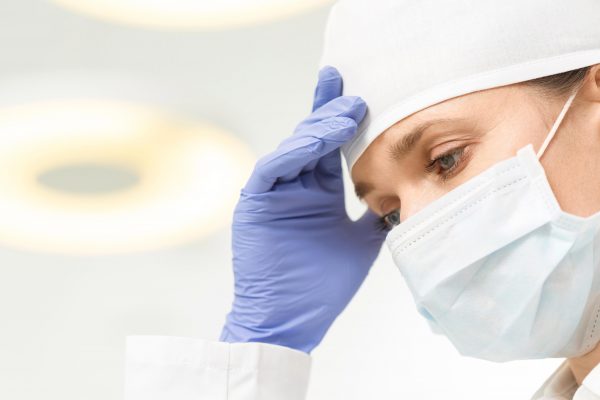 Mistrust and mental health issues revealed in survey of dentists

Eighty-four per cent of NHS dentists believe their current role has negatively affected their mental health, according to the latest Dentistry Confidence Monitor survey.

That’s compared to 51% of private dentists.

Given those statistics, it is even more worrying that 72% of all dentists surveyed said that they were unconfident about which organisation to turn to for support if they were feeling overly stressed or worried about their mental health.

Hear more about these statistics at the London Dentistry Show where Nigel Jones will be hosting a panel discussion about the results at 14:00 on the NHS/Business Theatre.

More than 400 dentists responded to the survey, run by Practice Plan, between April and June 2019.

They were also asked for their thoughts on contract reform.

The majority of both NHS and predominantly private dentists said they felt reform would increase their workload, decrease their profitability and will work well for the government but not for patients and dental professionals.

Over 80% of NHS (88%) and predominantly private (83%) dentists also said that they felt unconfident in their knowledge of contract reform.

When it came to regulation, 86% of NHS and 48% of private dentists said they were anxious about their ability to meet the GDC’s Standards.

Only 9% of NHS dentists and 8% of private dentists were confident a complaint against them would be handled appropriately.

This might go some way to explaining why the majority of all dentists (79% of NHS and 77% of private) said they’d be likely to support the idea of the GDC being dissolved and a single regulator formed to avoid replication of duties.

Nigel Jones, sales and marketing director of Practice Plan, said: ‘The survey results paint an unsurprising but still saddening picture of what it’s like to be a dentist in 2019.

‘It suggests deep feelings of dissatisfaction and mistrust of those who are responsible for running and regulating dentistry.

‘The statistics, and comments, around mental health are particularly dismaying as it seems stress and anxiety continue to be a common symptom of a career in dentistry.

‘The spotlight that has started shining on mental health issues among dentists is becoming brighter, and while that’s to be welcomed, it’s clear that more needs to be done.

‘Urgent action needs to be taken and this warning should not be dismissed lightly by those in positions of authority and influence.’

The full survey also included questions about recruitment, career plans and confidence in the future of the NHS.

This is the seventh year a survey has been held by Practice Plan, with the questions evolving each time to reflect changes in the profession.

The 2019 results, and those from past surveys, can be found here: www.nhsdentistryinsights.co.uk.