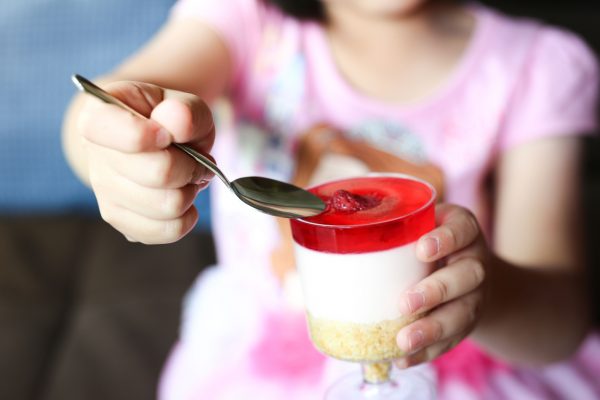 More than half (54%) of Brits support a ‘pudding tax’, research from the Oral Health Foundation shows.

Popularity for the tax jumps amongst the younger generation, with 84% of under-35s supporting the idea.

The Oral Health Foundation (OHF) suggests the levy could include puddings, desserts, biscuits, chocolate and sweets.

‘The sugar tax, has been a significant success, not only for oral health, but wider health and wellbeing too,’ Dr Nigel Carter OBE, chief executive of the OHF, says.

‘In the long term, products with less added sugar will mean a healthier population.

‘It will also save the NHS billions every year.

‘When it comes to sugar, 10% of a child’s intake comes from soft drinks.

‘But more than twice that comes from puddings, ice cream and sweets.

‘It means that replicating the model into a pudding tax is absolutely necessary.’

The OHF is calling on the government to implement a ‘pudding tax’ quickly and curb Britain’s ‘unhealthy obsession with sugar’.

Latest figures show children consume three times as much sugar as they should.

‘The most effective way we can achieve this is with a pudding tax that increases pressure on manufacturers to reduce added sugar in some of the UK’s most popular snacks.’

The charity believe a tax on puddings and confectionary would pave the way for healthier, more nutritious alternatives.

‘This can present problems for many individuals and families across the UK.

‘We want to see more people eat less sugar, but the alternatives must become more affordable.

‘That’s why a portion of the income of any new pudding tax must be put towards making healthier foods cheaper.’