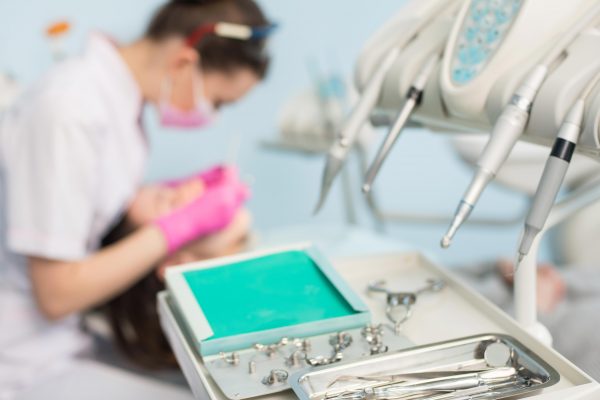 Just under 22 million adults in England were seen by an NHS dentist in the previous 24 months, NHS Digital figures show.

Despite that, there were 39.7 million courses of treatment delivered during that period, a 1.28% increase.

‘It’s hardly surprising that fewer patients than ever are making it to their NHS dentist,’ Dr Dave Cottam, chairman of the British Dental Association’s (BDA’s) General Dental Practice Committee, said.

‘It’s the logical result of an underfunded system that effectively caps patient numbers.

‘That’s now fuelling a recruitment crisis across the service.’

The total number of child patients has seen a small increase from 41% in the previous year to 41.4%.

More than half (52.3%) of the children also received fluoride varnish treatments to help protect their teeth.

The British Society of Paediatric Dentistry (BSPD) believes this is a sign children are receiving more preventative treatments.

‘Fluoride varnish treatments are one of a range of measures advocated, which are essential if we’re to bring down decay levels,’ Claire Stevens, spokesperson for BSPD

‘We want to see a continuing reduction in sugar content of food and drink, toothbrushing schemes and implementation of water fluoridation.

‘Unless we focus our efforts on the most deprived communities, we run a risk that dental health inequalities are widened.

‘But the test will be whether in there is a reduction in children who need to see us for extractions.

‘I’m hopeful the impact of Dental Check by One will see the number of children seeing a dentist increase.’

This was a 237 increase on the previous year.

However, the BDA claims NHS dentistry recruitment and retention issues are due to a sustained pressure on pay.

‘NHS dentists have faced unprecedented cuts to real incomes, that have left patients across England struggling to get an appointment,’ Dr Cottam says.

‘From Cornwall to Cumbria recruitment and retention problems are mounting.

‘NHS dentistry simply cannot have a future without NHS dentists prepared to work within it.

‘If Ministers want this service to survive the very least they can do is maintain pay awards on the right side of inflation.

‘One-offs will not undo a decade of savage cuts.’