Fail to learn from history and be doomed to repeat it 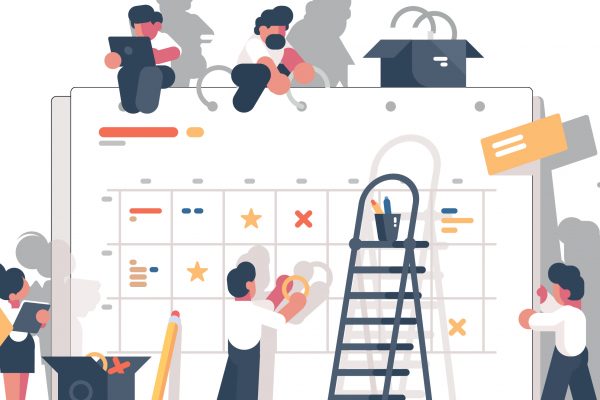 Fail to learn from history and be doomed to repeat it

Nigel Jones urges dentists to take steps to ensure they don’t face the same challenges many did after the 2006 contract reform.

After years of pilots and prototype testing, I’m sure there were many in the profession who thought it may never happen. But a date has been set, and from April 2020 the reformed contract will begin being rolled out to practices across England.

The need to prepare in advance for this is critical for your practice’s success. And you don’t have to look too far into dentistry’s own history to see why.

During the last contract reform in England in 2006, many dentists decided their future lay outside of the NHS. However, in many cases, the decision wasn’t made early enough and the transition to private dentistry didn’t begin soon enough. This meant, on the day, they officially left the NHS and were no longer receiving that income, they also had no private income yet either.

Practices often want to tell their patients about the move to private dentistry face-to-face during their next appointment, and generally alongside a letter that would be sent out beforehand. This is often the process many dentists follow, as they can explain their reasons, answer any questions and it is a more personal approach.

However, patients’ next appointments often weren’t for several months – and there’s always the chance of postponement or cancellation – so there was a gap between the practice making the transition and patients actually converting. It’s an easily avoidable limbo with forethought and planning. And, with less than a year before rollout begins, now is the time to start preparation.

Of course, not everyone will choose to move to private dentistry, wholly or partially. However, history has shown many will, or at least will want to explore the option and see if it’s a viable route for them.

You only have to look at surveys, such as the one conducted by the BDA in 2017 and Practice Plan’s NHS Confidence Monitor in 2018, to see that many working in the NHS are concerned about the long-term sustainability of NHS dentistry and see their future elsewhere. If you find yourself in this position, and are uncertain about whether contract reform will change your situation for the better, looking into alternatives may well be the prudent thing to do. It is always worth bearing in mind that simply looking at your options doesn’t commit you to any of them.

The groundwork needs to begin now. The first thing to do is to gather as much information about contract reform and what that means specifically for your practice and your patients. As I mentioned earlier, the reform process has been ongoing for several years, and a lot of people may well have lost track of where it is up to or have gaps in their knowledge about the particulars of what would be in the contract.

First things first, research how it could impact you – your profitability, your goodwill, your workforce, your targets, the oral health of your patients, and so on. There are a lot of factors to consider and, somewhat frustratingly, much remains unclear. For example, do you know which prototype blend would suit your practice best? Or whether you would be better off remaining on the current UDA contract? Or if you will be given the choice? These are all questions to ask yourself.

Once you feel you have the information you need, if you feel private dentistry might be a path worth exploring, you need to gather more details. This time it would be looking at your business and the kind of factors that can impact whether a move to private would be the best step, such as how long you have been in practice and how many patients you have.

It can be worthwhile to bring in a third party, such as a consultant or membership plan provider, to work through these figures, and help clarify what the numbers mean and how much weight to give to different factors. Often, dentists think they will need a lot more patients to move to private than they actually do.

It’s important not to feel pressured here, and remember that exploring these options doesn’t mean you have to pursue them if it isn’t the best course of action. It could be, at least for the moment, you are better off staying where you are and potentially making some changes that would make a move to private dentistry successful later down the line. Or your practice would suit a move to mixed NHS and private, rather than a total move away from the NHS.

The key is to dedicate some time to thinking about what the right path is for you and your practice, rather than feeling rushed into a decision and merely reacting to the circumstances around you.

From that point, you can decide how best to communicate any changes to your patients. As mentioned earlier, often face-to-face during an appointment is the preferred option, so to avoid falling into the situation many dentists found themselves in 13 years ago, you need to factor in a realistic timescale.

Thinking about these things now will give you control over the future of your practice, as well as confidence that you have considered all the routes forward and selected the best one. With all the uncertainty that surrounds the NHS contract reform, being proactive will help ensure you are not on the back-foot and don’t get caught out from lack of planning.

To find out more about the services available from Practice Plan, visit change.practiceplan.co.uk.