Reality TV encouraging children to take up smoking and drinking 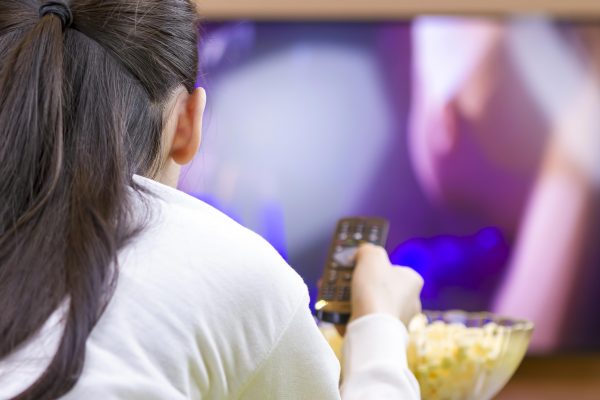 Reality TV encouraging children to take up smoking and drinking

Reality TV could be encouraging children and younger people to smoke and drink, public health experts are warning.

Researchers claim this is ‘likely to be a contributor’ to smoking and alcohol consumption amongst children and young people.

‘Our study therefore identifies reality television shows as a major potential driver of alcohol and tobacco consumption in young people.

‘Tighter scheduling rules, such as restricting the amount of content and branding shown in these programmes, could prevent children and adolescents from being exposed to the tobacco and alcohol content.’

Despite restrictions, the ease of access to catch-up services makes it difficult to stop children seeing substance consumption.

With 580 million of these being seen by under-16s.

‘Whether this would cause young people to start smoking or drinking is something this study cannot tell us,’ the NHS said.

‘There is the possibility that as reality TV is popular with many young people, showing drinking or smoking could be seen as the acceptable social norm.

‘But young people can be at risk of exposure to drinking or smoking in many other areas of life as well as in the media.

‘If you’re concerned your child may be experimenting with alcohol and smoking, a good first step is to talk to them about it.’

Earlier this year MPs called for the legal age to buy cigarettes to rise from 18 to 21.

A cross-party group also wants government to impose a levy on tobacco firms to fund moves to encourage people to quit.

They are also calling for tobacco giants to be charged for the impact they have on society.

The plans are part of efforts to deliver a ‘smoke-free generation’, the group said.

Its chairman, the Conservative MP Bob Blackman, said: ‘Smoking remains the leading cause of premature death and health inequalities.

‘Ratcheting up tobacco regulation further and faster is essential to achieve the government’s vision for prevention, to increase healthy life expectancy by five years by 2035 while reducing inequalities between the richest and poorest in society.’