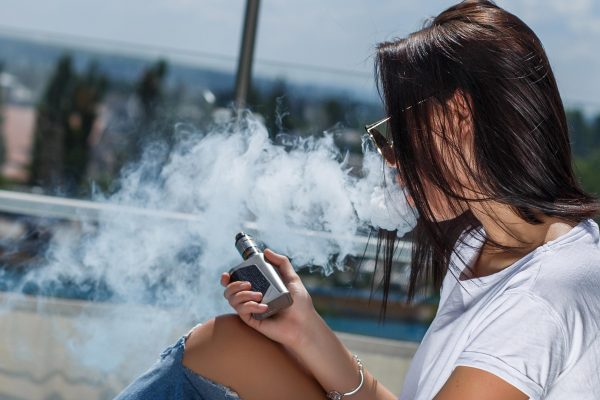 San Francisco is introducing a ban on the sales of e-cigarettes until their effects on health are clearer.

The ban will come into effect in seven months in an attempt to curb the rise of vaping amongst youths.

Despite the ban, it will still be legal to purchase traditional cigarettes and marijuana products.

‘We spent a few decades fighting big tobacco in the form of cigarettes,’ Shamann Walton, who co-authored the legislation, said to The Guardian.

‘Now we have to do it again in the form of e-cigarettes.’

Despite a decline in youth cigarette smoking, nicotine use amongst American teenagers has been on the rise.

The number of US teenagers who use nicotine products rose by around 36% last year, according to the US Centers for Disease Control and Prevention.

In the last year, the number of American teens using e-cigarettes has increased by 1.5 million to over 4.9 million.

‘This temporary moratorium wouldn’t be necessary if the federal government had done its job.’

Despite the ban, Public Health England (PHE) is encouraging smokers in the UK to try using e-cigarettes.

Its evidence review in 2015 found that vaping was 95% less harmful than smoking tobacco cigarettes.

PHE believes more people could give up smoking tobacco if they switched to using e-cigarettes.

‘In San Francisco, they have just abandoned any thought that e-cigarettes might be a significant off-ramp,’ Martin Dockrell, head of tobacco control at PHE, said to The Guardian.

‘They are only concerned about young people starting to use nicotine.

‘It’s clear that the harm from smoking anything is much greater.

‘Alcohol, smoked tobacco, cannabis, smoking or vaping – all of them are legal but the least harmful is e-cigarettes and they’ve banned them.

‘Not just sales to young people, which we’ve done in this country, but for adults too.

‘That is particularly difficult to understand.’