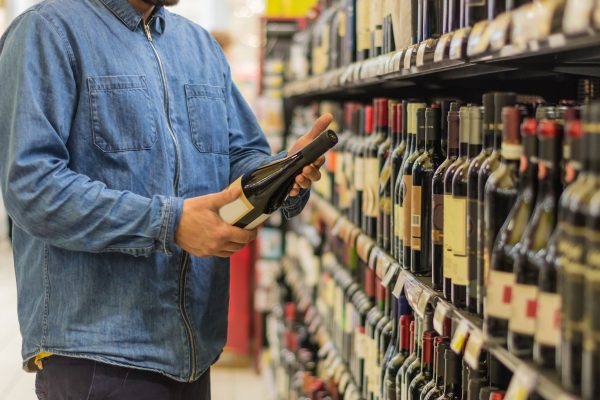 The volume of alcohol sold in Scotland has fallen to its lowest levels since 1994, analysis shows.

Scotland became the first country in the world to introduce minimum unit pricing on alcohol in 2018.

The analysis shows alcohol sales per adult in Scotland have dropped by 3% from the previous year.

‘With this 3% fall we are moving in the right direction.

‘There are, on average, 22 alcohol-specific deaths every week in Scotland, and 683 hospital admissions.

‘Behind every one of these statistics is a person, a family, and a community badly affected by alcohol harm.

‘Given the clear and proven link between consumption and harm, minimum unit pricing is the most effective and efficient way to tackle the cheap, high-strength alcohol that causes so much harm to so many families.’

The data shows that Scots still purchase 9% more alcohol per head than people in England and Wales.

Minimum pricing means the average cost per unit of alcohol in Scotland is 59p, compared with 55p in England and Wales.

Despite this Willie Rennie, Scottish Liberal Democrats leader, is calling for a 60p or greater minimum unit price.

‘The value of the 50p price was eroded by inflation in the years the policy was caught up in the courts,’ he said to The Guardian.

‘It is time to realise the policy’s original ambition.’