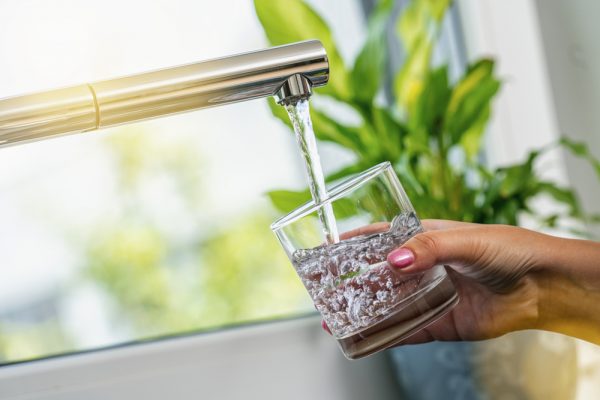 The vote is an important milestone for the newly formed Community Water Fluoridation network.

Local Dental Committee members have provided the impetus for the network which is supported by a wide range of dental, medical, child and health-related organisations.

In 2016-17, more than 42,000 hospital admissions in England were for the extraction of decayed teeth, mostly in very young children, who cannot be treated in general practice, costing more than £50m.

Areas where water is not fluoridated have a disproportionately higher number of children suffering from dental decay.

Despite it being bad news for their health, 26% of British people willingly share their toothbrush with others.

The research, which was commissioned by the Oral Health Foundation and Philips as part of National Smile Month, found that more than a quarter of the population admit they would share their toothbrush with a family member, friend, partner, neighbour or celebrity.

The poll found that men are significantly more likely to allow somebody else to borrow their toothbrush (32%) than women are (20%).

Younger adults are also nearly twice as willing to share their toothbrush (55%) compared to their parents (30%), and around four times more open to do so than their grandparents (13%).

Brits blame hectic schedules for being unable to brush their teeth

British adults don’t have time to brush their teeth twice a day, a survey from the Oral Health Foundation shows.

One in five (22%) regularly miss brushing their teeth in the morning because they are running late.

And one in four (25%) skip brushing their teeth at night because they get home too late.

Running out of toothpaste (12%), watching television (7%) and pre-occupied by a mobile (7%) were the other top excuses.

The poll also shows men are less likely to brush their teeth than women.

With an environmental crisis on the horizon, is it time our regulators changed too, Neel Kothari asks.

This is certainly not a dig at the CQC, but a realisation that 10 years ago we simply didn’t know or didn’t care about how serious this issue would become, Neel says.

It was all too easy for those deciding policy to suggest ‘improvements’ without considering the environmental costs incurred.

The facts have certainly changed and now it’s time for us to do the same.

Snowflakes could explain how tooth enamel is formed

Researchers have used the way that snowflakes form to explain how tooth enamel gets distributed over the crown during growth.

Physicists and mathematicians use the classical ‘Stefan problem’ to explain the principles of crystal formation, such as snowflakes.

The newly published work provides a theoretical basis for the developmental regulation of enamel formation, and helps to uncover why even closely-related species such as humans and have very different looking teeth.

Tooth enamel matrix is soft when freshly laid down but it starts to harden immediately and once mature.

Enamel is the most mineralised and hardest part of the mammalian body.

The researchers at the University of Helsinki and Aalto University propose that differences in enamel thickness are regulated by the nutrient diffusion rate – the rate that individual regions on a crown receive the required nutrients and substances needed to make the enamel.

Are a lack of funds stopping dental practice development?

Aileen Boyle sheds light on some of the dental sector’s thoughts on the future, which is based on research Braemar Finance commissioned in April.

She also explains more about Braemar’s products, which can be used to help business growth.

Three quarters of businesses in the health and social work sector are family owned, a new report shows.

Making up a sizeable contribution to the UK economy, these family-owned businesses employ almost 900,000 people.

There are 272,000 family-owned businesses in the sector, making up 75% of all private sector firms.

Family businesses contributed £598 billion to UK GDP in 2017, making up 28% of the whole UK economy.

Across the UK, family firms have increased their employee headcount when compared to a year ago.

Do you know what corporate social responsibility looks like in a dental practice?

Do you struggle to implement a manageable CSR plan in your practice, Mark Topley asks.

To help dentists to navigate the challenges of responding to the need to be more socially and environmentally responsible, Mark Topley is running a national survey across the profession to ascertain what practices are currently doing in the areas of CSR.

You can fill in the survey here: www.dentistry.co.uk/2019/06/12/know-corporate-social-responsibility-looks-like-dental-practice.