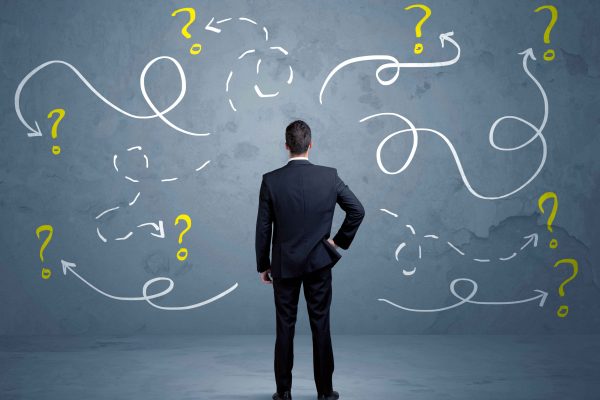 With a reformed contract due to be rolled out in less than 12 months, Practice Plan has been inviting NHS dentists to attend free events to hear from, and ask questions of, a panel of experts.

Eddie Crouch, vice chair of the BDA’s Principal Executive Committee (PEC), was part of the panel at the first What Next for NHS Dentistry? event held in January, and will be at the next two taking place in Gatwick and Manchester in June.

I caught up with him to find out his thoughts about the debate generated during the first event, his sense of how prepared the profession is for reform and what needs to happen between now and the beginning of the rollout.

Nigel Jones (NJ): What did you think the discussion at the What’s Next for NHS Dentistry? event suggested about the way NHS dentists are feeling?

Eddie Crouch (EC): We have known from surveys carried out by the BDA, NHS Digital and Practice Plan that the morale in the profession may be at a historic low. It didn’t surprise me when talking to colleagues at the event that this was mostly their feelings too.

It is no surprise the morale is linked to below inflation uplifts from the Review Body on Doctors’ and Dentists’ Remuneration (DDRB), resulting in a 30% drop in income and an ever-increasing number of dentists struggling to achieve targets that bear no resemblance to their working pattern.

But the lack of progress in pilots and prototypes towards a seriously better solution, means that more and more colleagues are questioning how long they can wait.

NJ: Were there any questions or points from the audience that surprised you or particularly struck a chord?

EC: Dentists want clarity. Many have switched off to the detail of what is being tested through the prototypes due to its complexity.

I was surprised by how little dentists were following contract reform and how many didn’t know that those in the prototypes still had a 25% risk of clawback, compared to those in GDS of 40%. And that despite this, the Department of Health and Social Care (DHSC) and NHS England felt they might be close to a rollout in 2020.

I also sensed the anger in the room and the realisation that the 2006 contract seemed to be working well for those who paid more attention to the finances of the NHS and Treasury (the commissioners), and it is perhaps only those who are bailed out by private income that can ensure their practices stay viable. Many expressed a view that a tipping point was close and were unsurprised by the figures of how many contracts were being handed back.

NJ: Since it was announced that contract reform would be rolled out from April 2020, has there been any further clarity or communication about how exactly this will happen?

EC: We know the rollout is related to the regulations as much as to the progress that has been made in the prototype process, a process where failing practices are eliminated or withdraw themselves (and let’s remember these are the most committed of practices).

Thankfully, however, noises about the unachievable targets on access and activity are being listened to, and the business model is being looked at with regard to getting the capitation level right for practices.

But we have to judge this against a situation where we have yet another NHS England reorganisation, a Minister for Dentistry resigning over Brexit, and key personnel in NHS England and DHSC retiring or being unsuccessful in reapplying for their jobs.

It is hardly the most encouraging environment for progressing any contract reform. But we must remain resilient in trying to get a much better deal for patients and dentists as soon as possible. As stated previously, clawback is rising exponentially and having 20% patient-charge increases in four years is deterring patients from care, making clawback far more common.

We do understand, however, that there will be no compulsion to be part of any rollout and that the date is most likely to be later than previously expected. We’re also hopeful that there will be a choice for the practitioner of the current blends, rather than just having to choose one of the prototype blends, and that many may choose to stay in the existing UDA contract without compulsion to move over.

NJ: What is your sense of how prepared NHS practices are for reform?

EC: As I said earlier, the length of the process has meant many have switched off in following the progress as it seemed the can was just being kicked along the road.

But practices should be getting more up to speed with their options, especially if they are one of the four in 10 who are struggling within the 2006 contract and facing year-on-year penalties with clawback and reduced contracts from rebasing.

There are certainly those that entered in wave three of the prototypes directly from UDAs who have benefitted from less stress, better practising environments with patients who are responding to the care pathways and the higher element of prevention within the care delivery.

I also understand that many colleagues within the prototypes see patients taking more interest in their oral health with the increased motivation from the dental team, resulting in increases in private care being taken up by their patients.

NJ: Is there any advice from the BDA about what dentists can do to prepare themselves for April 2020?

EC: The BDA have recently produced a frequently asked questions document on their website and continue to update the information we have on contract reform across the UK.

But I would encourage practices to start gathering the details they need to make the correct choice for themselves on what elements of contract reform would suit their practice, or indeed if their practice would have better viability outside any reforms.

It is clear that the mantra of the NHS is ‘more for less’, and that excessive demands and controls over the practising life of colleagues may be the tipping point for many. Certainly, one could not think of a bigger set of circumstances being created that would question the viability of dentistry within the NHS.

NJ: What do you think needs to happen in the profession between now and April 2020?

EC: The BDA will continue to strive to lobby and negotiate the best terms we can within the contract. I would encourage the profession to become far more engaged on what they want from their negotiators and support the BDA in its collective actions that benefit the profession far beyond the membership.

I was disappointed when the BDA recently polled the members of what actions they may take to support opposition to the worsening conditions and so few were prepared to even commit to an afternoon of collective CPD as a protest.

Unless we are prepared to stand our corner, it may be inevitable that our negotiators enter talks with one hand tied behind their back.

Eddie will be part of a panel of dental experts discussing contract reform and the future for NHS dentistry at two What Next for NHS Dentistry? events. They are free to attend and take place in Gatwick on Wednesday 12 June and Manchester on Wednesday 19 June.

For more information or to book your place, click here.