Cornwall demanding action with 50,000 patients on waiting list for an NHS dentist 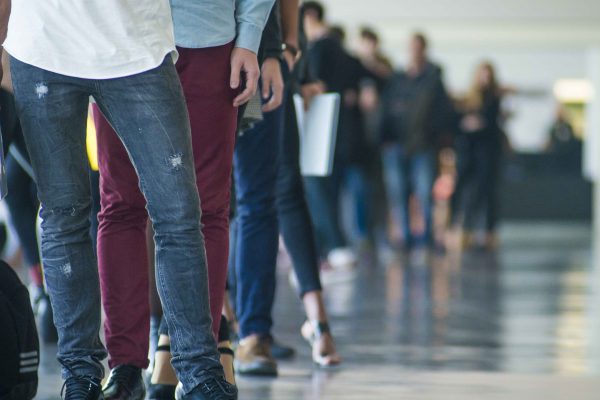 Cornwall demanding action with 50,000 patients on waiting list for an NHS dentist

Cornwall Council is calling for action as 48,000 patients wait for an NHS dental appointment.

Devon and Cornwall patients are waiting an average of 477 days to see a dentist.

‘This is an issue that I have been aware of for a long time,’ Councillor Loic Rich told Cornwall Live.

‘It has been in the news recently with reports that people in Bodmin have been facing a round trip to Redruth to see an NHS dentist.

‘We had a report from NHS England, which set out their plan for Cornwall.

‘It was looking at dentistry but wasn’t really addressing the scale of the problem.

‘It is important to do things outside the NHS to promote oral health.

‘But an NHS dentist is the best person to get advice on how to look after your teeth.

‘In local schools children are now brushing their teeth in the classroom, which is great.

‘But they need to be able to see a dentist as well.’

The British Dental Association (BDA) has welcomed the vote for action, pointing to a growing recruitment crisis.

The association claims 75% of NHS practice owners in England are struggling to fill vacancies in their practices.

A recruitment agency in the area has been unable to fill a single vacancy in Cornwall over the last year, despite offering ‘golden handshakes’.

‘Councillors in Cornwall are showing the kind of leadership we really need to see from Westminster,’ BDA’s chair of General Dental Practice, Henrik Overgaard-Nielsen, said.

‘The crisis in NHS dentistry is now hitting communities from Cornwall to Cumbria.

‘Underfunding and a failed contract have left dental practices without dentists, and our patients are seeing the result.

‘The official line is recruitment problems are just anecdotal.

‘Even though the government’s own surveys show over a million new patients tried and failed to access care last year.

‘Aren’t a million anecdotes enough to make ministers wake up to this problem?’

NHS dentistry is facing a potential mass exodus, with 86% of dentists looking to leave in the next five years.

That’s according to Practice Plan’s 2018 NHS Confidence Monitor report, which asked 495 dentists about their levels of happiness within NHS dentistry.

‘The UDA contract is bad for patients and bad for dentistry,’ Joe Hendron, practising dentist, said of the figures.

‘The capped budget for dentistry restricts career progression and makes it more difficult for associates to become practice owners.

‘As does the recent increase in control of practices by corporate businesses.

‘This is challenging the retention of dentists in the profession.

‘Currently the NHS contract reform project does not provide a sound business model.

‘Much more thought needs to be given if it is to be successful.’