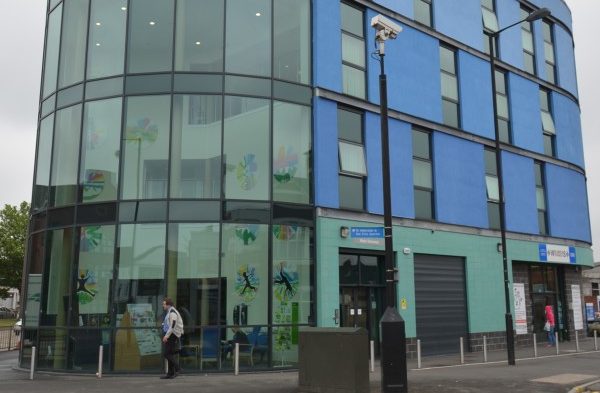 More than 20 NHS dental staff have been placed on gardening leave after a private company failed to take their contracts.

The NHS dental contract at the Flying Scotsman wasn’t renewed by Rotherham NHS Foundation Trust due to ‘financial reasons’.

Concerns were raised by Unison, which claims the three-month time frame to move staff to the private company was too short.

‘From the outset we said that three months was too short a period of time to get everything sorted but we were basically ignored,’ Jamie Thompson, local organiser of Unison, said to the Doncaster Free Press.

‘The main sticking point is that the new company either don’t want all or any of the current staff.

‘But the NHS are still their employers and they are responsible for what happens to them.

‘They have given them assurances that they will be paid this month even though they are not at work.

‘But it is really unsettling for everyone.’

The Flying Scotsman Health Centre in Doncaster is often used by rough sleepers and the homeless.

The TUPE process failed to materialise, according to the Doncaster Free Press, meaning staff face an uncertain future.

Staff are now being placed on gardening leave for six to eight weeks by Rotherham NHS Foundation Trust.

‘It’s not a good start for a company because the concerning thing with the Flying Scotsman centre is a lot of people who attend there for dental work are vulnerable because of the complex needs they have,’ one councillor told the Doncaster Free Press.

‘They can’t always access dental services and the Flying Scotsman is the place to go.

‘There’s staff there who they are comfortable with.

‘I fear there is going to be a lot of problems if they’ve already started like this.’

Around six dentists, 15 dental nurses and other support staff are all affected by the move.

NHS bosses are expected to meet with staff and trade unions soon to try and resolve the issue.

‘We appreciate this is a difficult situation for the employees and service users of the Flying Scotsman,’ Caron Best, operations director for Taptonville House, said.

‘After The Rotherham Foundation Trust decided to stop running urgent dental care here, NHS England awarded us the contract, allowing us to step in and ensure the future of this service.

‘Unfortunately, due to factors outside of our control, the transfer process has been delayed, and we are working closely with NHS England and the Trust to rectify this as quickly as possible.

‘We want to reassure the people of Doncaster that they will still have access to urgent dental care services from four other local sites.

‘And the Flying Scotsman will open again as soon as it is registered by the Care Quality Commission.

‘Taptonville House has proudly served local people through the delivery of urgent dental services since 2010, in partnership with the Trust, and we look forward to continuing this at the Flying Scotsman.’

The number of UK dentists has remained the same following the recent renewal period. This is according to latest statistics…