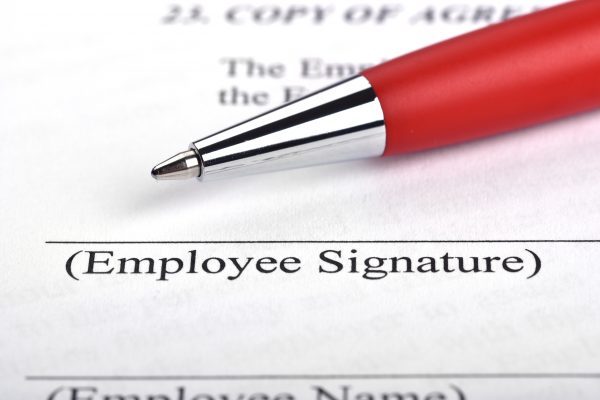 The Employment Appeal Tribunal (EAT) recently held in Chatfeild-Roberts v Phillips & Universal Aunts Limited that the right of substitution only when a contractor is unable to work can still be consistent with personal performance, and so with employee status.

The claimant was a live-in carer for Mr Chatfeild-Roberts’ uncle who began work in June 2013, and continued to do so until she was dismissed on 6 August 2016. She was introduced to Mr Chatfeild-Roberts by the agency Universal Aunts Limited, who were named as second respondent. The claimant worked for three years and was paid in full for the limited leave that she took, she had no residence other than the premises in which she carried out her duties, however she was paid gross and paid tax and National Insurance contributions herself.

The claimant had come on to the books of Universal Aunts Limited in 2003 and worked for a succession of clients, however they usually operated a rota system whereby carers would move on every three or four weeks. In this instance, the claimant was engaged by Mr Chatfeild-Roberts for a period of three years. In addition to this, following the first year, the claimant ceased preparing invoices and was instead paid by standing order.

The employment judge had no difficulty in finding that the claimant was not an employee of the second respondent. However, the judge found that there was both sufficient mutuality of obligation and control and held that the claimant was an employee of the first respondent. The first respondent appealed on the basis that the ET had failed to analyse and determine the contractual relationship between parties as regards to:

• Annual leave and other paid absences.

In addition to this, he argued the ET failed to make appropriately detailed findings of fact and did not subject the relevant facts to the intense focus required, and made internally inconsistent findings or findings unsupported by any evidence.

However, the EAT applied the principle from the Pimlico Plumbers case and held that the right of substitution only when a contractor is unable to work can still be consistent with personal performance, and therefore does not prevent the contractor being an employee and therefore the claimant (now the first respondent) was employed by the first respondent (now the appellant).

What this means for your practice

As a practice owner, you will understand how important it is that your associates and hygienists/therapists are self-employed and, therefore, you should always seek legal advice when you are putting an agreement in place.

If the agreement does not include self-employed indicators, or these clauses are badly drafted then it opens you up to potential claims being made against you, as the associate or hygienist may argue that they are employed. If an associate is successful in arguing that they are employed rather than self-employed, they will enjoy more statutory rights, including holiday and sick pay.

If an associate was found to be employed, then their employer will be liable for tax and national insurance contributions and the associate would have more protection under employment law. For example, if an associate was dismissed, but was able to claim they were an employee, then they may choose to bring an unfair dismissal claim, having the right to do so, whereas self-employed workers do not have this same protection.

If you are putting a self-employed agreement in place, contact the employment team at FTA Law to ensure self-employed status, and to protect your practice. For further information, call 0330 088 2275.