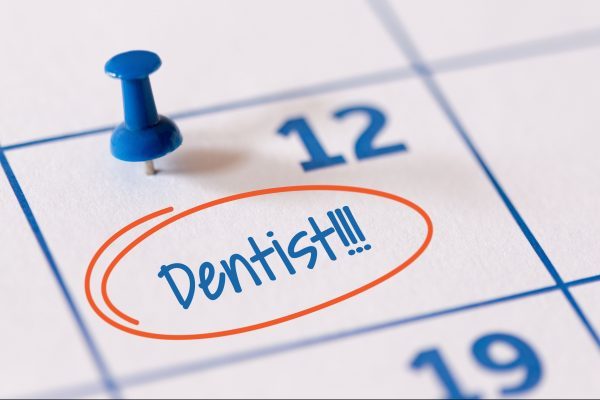 Calls for a ban on over-the-counter tooth whitening kits

A study published in the BDJ found some OTC whitening products significantly reduced the hardness of teeth.

Some of the non-hydrogen peroxide OTC products also had less of a whitening effect on teeth than saline.

The study claims OTC products containing sodium chlorite, in the presence of acid, could ‘significantly reduce hardness of the teeth’.

Other DIY tooth-whitening kits have been found to contain dangerously high levels of hydrogen peroxide.

Further concerns with OTC products are the risk of misuse, overuse and abuse because of their ‘DIY’ nature.

Patients put off visiting the dentist due to time constraints

More than 4.5 million people in the UK are put off seeing the dentist due to time constraints.

Bupa research found the top reasons for people not attending the dentist were:

The study also found that more than two million Brits haven’t been to the dentist for over 10 years.

And 8.5 million are leaving more than two years between dental appointments.

Meanwhile, a third of respondents have never been to visit the hygienist.

Recommendations made for sweeping action on stress in healthcare

Health Education England (HEE) has made recommendations for sweeping action on stress across healthcare professionals.

Some of the 33 recommendations made in the NHS Staff and Learners’ Mental Wellbeing Commission report include:

Smoking cigarettes could stop the ability of the body to fight cancer, research from the University of Leeds shows.

Smokers and former smokers are also 40% less likely to survive 10 years after a cancer diagnosis.

Researchers have not specified how many cigarettes would impact a smokers health.

The results show smokers’ immune systems appear to work, but it is less effective when compared with non-smokers.

Health is the main reason smokers want to quit their habit

Health is the main reason Brits give up smoking, a study from the Oral Health Foundation has shown.

Around 66% of respondents who plan to give up their habit are doing so to improve their overall health.

That’s almost twice as many as those planning to quit due to the financial impact of smoking.

About 350,000 people are planning on quitting smoking in 2019, the Oral Health Foundation reports.

The number of smokers in the UK has dropped by almost three million over the last 10 years.

Despite this, smoking is linked to almost 500,000 hospital admissions and nearly 80,000 deaths in England alone.

GDC gives update on its progress over the last year

The General Dental Council is publishing its document Moving Upstream, providing an update on progress made over the past year.

It was launched on the 30 January at what the dental regulator is promising will become an annual conference.

The report measures progress against some commitments made in Shifting the Balance and highlights priorities for the year ahead.

The GDC has come under fire recently for maintaining its high annual retention fee compared with other health regulators.

In 2017, the regulator outlined its future plans in a document called Shifting the Balance.

The council explained that its aims with the plans were to ‘shift the focus from enforcement to prevention’.