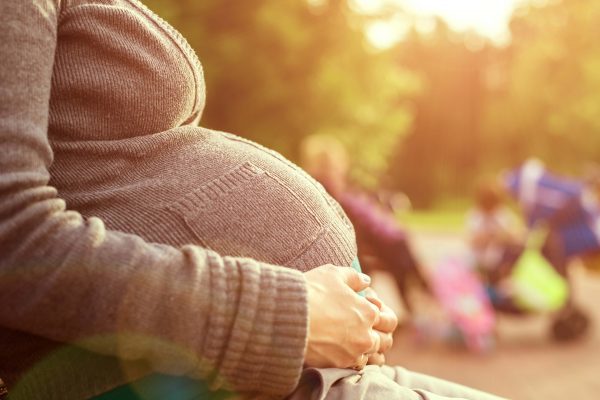 The study found that 45% of women who entered labour early had gum disease, compared with 29% who experienced a perfect pregnancy.

‘The health of our mouth can have a direct influence on many parts of our general health,’ chief executive of the Oral Health Foundation, Dr Nigel Carter OBE, says.

‘This includes the chances of having a safer birth.

‘Many women find it more difficult to maintain good oral health during pregnancy.

‘This is because hormonal changes during this time can leave gums more vulnerable to plaque.

‘They may even bleed.’

Women who went into labour early had gum health scores four times lower than those who had a perfect pregnancy.

Researchers, comparing the pregnancies of almost 150 women, found those who had an early labour experienced eight times more plaque.

The study has been published in the January issue of the Journal of Clinical Periodontology.

Estimates show that 40% to almost 80% of pregnant women could have gingivitis.

The study also found that gingivitis remains relatively stable in the late first and second trimester.

‘The conventional wisdom indicates that gingival inflammation increases progressively throughout pregnancy and returns to baseline levels postpartum,’ study lead, Michael Reddy, dean of the school of dentistry at the University of Alabama at Birmingham (UAB), said.

‘In this study we found that the level of pregnancy gingivitis was the same for women at eight weeks of gestation as it was for 24 weeks.

‘With no significant difference in the first or second trimester.’

We hear from the winner of Philips’ sponsored place on Victoria Wilson’s dental business course, Rachel Lawton about how she…