Patient perspectives and desired outcomes: the impact of dentine hypersensitivity and the need for evolving solutions 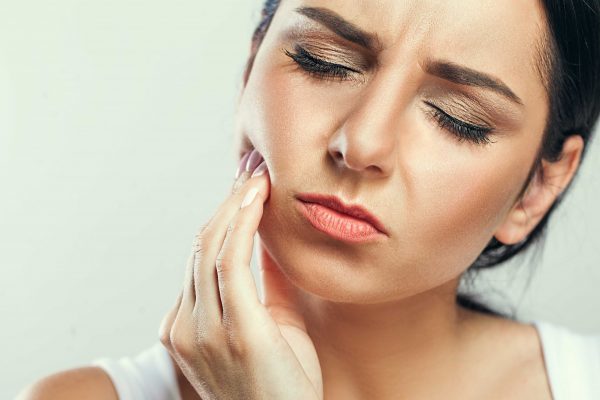 Patient perspectives and desired outcomes: the impact of dentine hypersensitivity and the need for evolving solutions

GSK explains how to help combat dentine hypersensitivity in your patients.

As clinicians we characterise dentine hypersensitivity (DH) as a short, sharp, pain arising from exposed dentine in response to stimuli, typically thermal, evaporative, tactile, osmotic or chemical, which cannot be ascribed to any other form of dental defect or pathology (Holland et al, 1997).This definition suggests the diagnosis of DH is objective, determined by the clinician following measurement or observation of an indicator of the condition. However, since the indication of DH is pain, a large component of DH diagnosis is subjective as the clinician cannot measure this, and must rely on the patient to convey what their pain is like. It is very important therefore, to consider the patient perception of DH pain and what it is like to live with when managing the condition and developing potential solutions.

It is well known that individuals have different perceptions of pain with different sensations causing, or being perceived as pain. Interestingly patients rarely describe the sensation of DH as pain, although functional MRI studies have demonstrated that DH activates a similar pattern of sites (pain matrix) as other types of physical pain (Meier et al, 2012). Perception of pain is influenced by patient experiences, interpretations, beliefs and cultures, individual tolerance and physical and emotional factors (McGrath, 1994). For example, it is known that pain can be reduced by positive, and increased by negative emotions or stress. Thus when diagnosing pain, the pain reported will be different depending on the type of day the patient is having. This makes both diagnosing and determining whether DH treatments are working difficult. The determination of the efficacy of DH treatments is further hampered by the fact that when there are positive expectations about a therapy the reported benefits of that therapy are increased (Flaten and Absi, 2016). This is caused the placebo effect.

There are relatively few studies that have examined the patient experience of DH. To better understand what DH sufferers experience, volunteers with sensitivity were invited to a day hosted by GSK during which their responses to DH stimuli were filmed. The footage captured the initial moment of intense pain in which the muscles around the eyes contract, facilitated by the corrugator supercilia ‘the frowning muscle’. This muscle draws the eyebrows downward and medially, producing the vertical wrinkles of the forehead, and is associated with suffering (Heponiemi et al, 2006).

Interestingly, it has been shown that pain perception in the observer is increased when viewing sad emotional faces as compared to neutral facial expressions (Senkowski et al, 2011). Furthermore, it has also been shown that in observers, brain activity occurs in the areas of the brain which are normally activated by pain (Sabatinelli et al, 2011). Thus the social signal of pain/sadness expressed in another person’s face seems to enhance pain in the observer amplifying their facial and neural responses to pain even though there is no pain stimulus. This finding is useful as it means that facial expressions can be used to grade pain. This is the basis of the Schiff test used in clinical trials in which patient emotions following a fixed DH stimulus of a blast of cold air are observed and graded without the patient being aware (Schiff et al, 2000). Diagrams of facial expressions, such as the Wong-Baker Faces scale (wongbakerfaces.org, 2016) can also be used to score pain. In clinical studies such measurements are paired with traditional methods of measuring pain such as the Yeaple probe. Using two methods to assess pain reinforces the validity of study findings.

Aside from an immediate reaction, how does a DH response to a trigger(s) impact on quality of life of sufferers? As has been discussed, patients perceive pain very differently and this is reflected in how they describe their DH pain and the effect it has on them. In the filming session volunteers reported that their DH affected daily activities such as their choice of food or drinks, the temperature of tap water used when cleaning their teeth and going outside in the cold air, indicating an ongoing impact on their quality of life. As well as these functional impacts, DH can have other less obvious impacts. In a long-time sufferer of DH who is conditioned to expect DH pain, the anticipation or fear of the pain can be more disabling than the pain itself (Crombez et al, 1999). Similarly, there can be an emotional impact in sufferers who become annoyed or angry that their DH is dictating the foods they eat and their lifestyle choices. That these impacts are sufficiently negative to affect quality of life is supported by a survey of 3,000 people in which 28% stated their DH pain was either important or very important to them (West et al, 2013).

Although we now have some indications about the effects of DH on quality of life, we need more research data, as little patient-centered research has been conducted to date. Studies aiming to measure the impact DH and other oral conditions on daily life should directly question sufferers. The Oral Health Impact Profile questionnaire (OHIP-14) is an assessment tool that covers all oral conditions. This is available to researchers and has been validated (West et al, 2013). More recently however the Dentine Hypersensitivity Experience Questionnaire (DHEQ), which directly references problems with sensitive teeth and helps to explore the nuances of impacts of DH, has been designed and validated (Bioko et al, 2010). This tool has provided some valuable data already with a pooled analysis of seven studies that included DHEQ highlighting the wide-ranging impacts of DH on everyday life (Figure 1)

Given the evidence from the patient perspective, is DH being managed as effectively as it could be? Despite significant progress in treating sensitivity, DH is prevalent with as many as one in three people suffering from the condition (Sufi and Baker, 2015). Prevalence figures have been reported to be higher in women than in men, a finding that has been attributed to lower pain thresholds and tolerances in women combined with higher ratings of pain. These differences in pain perception are thought to be due to variations in genetic factors, sex hormones, gender roles and pain-related coping (Addy, 2002), however the gender differences in DH prevalence figures rarely reach significance (Bartley and Fillingim, 2013). Current figures for DH suggest it is most common between the ages of 20 and 4018, however, due to the increases in severe erosion seen in the young, the increased retention of a functional natural dentition into old age, which is subject to continued toothwear, and increasing life expectancy figures may increase across all age groups.

Why does DH remain an undermanaged condition despite available solutions? It is certainly true that people do not perceive DH as a serious health issue or realise that it can be treated, and that when asked to rate the pain of DH by VAS, patients rarely score their discomfort at more than three-four on a 0-10 scale (Dababneh, Khouri and Addy, 1999). But as indicated by the DHEQ there is growing evidence that DH has a significant impact on everyday life. Research has also shown that patients may adopt an avoidance approach or employ tolerating strategies whereby they avoid triggers or simply tolerate DH pain (Figure 2).

Since the condition is momentary and, for most sufferers, arresting but transient only lasting for the duration of the stimulus, coping mechanisms can work well, patients feeling that it is something they just have to live with. Surprisingly, only one in three DH sufferers use a DH toothpaste (Gibson et al, 2016) a figure that may reflect the fact that many patients do not mention their sensitivity to their dentist and are not therefore advised to use a sensitivity toothpaste. Alternatively, patients may choose to tolerate their pain as they have other oral care priorities such as whitening, or have a preferred brand of fluoride toothpaste. Even when patients use DH treatments they often do so following a cycle of intermittent treatment (Figure 3).

It has been reported that patients may stop using their desensitising toothpastes before they have used them long enough to see the benefit, many products take up to two weeks to have effect (Silverman, 1985). Other reasons for reverting to non-DH toothpastes include an absence of the DH trigger, such as cold weather (Path to purchase, 2011), or successful treatment of the condition, the patient not realising that they may relapse if treatment is not sustained.

What can we do to improve things for DH sufferers? The evidence presented suggests that the impact of DH on everyday life is under-estimated. This appears to be due to patients not recognising that this is a condition that can be treated and not reporting their sensitivity to their dentist because they don’t perceive it will be viewed as a problem, or are afraid to mention it in case there is an underlying issue. As dentists, therefore we need to adopt a person-centered approach, asking patients if their teeth are sensitive, using facial expressions to help with diagnosis of DH. We need to inform patients that DH treatments are available and recommend those with good evidence of efficacy. Ultimately the desired outcome is immediate pain relief starting now and lasting forever.

Crombez G, Vlaeyen JW, Heuts PH and Lysens R (1999) Pain-related fear is more disabling than pain itself: evidence on the role of pain-related fear in chronic back pain disability. Pain 80: 329-39