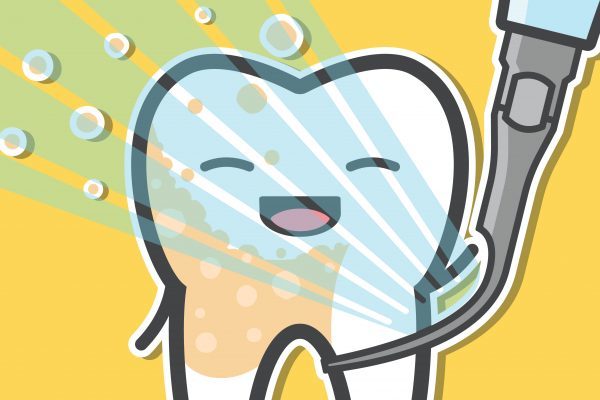 A new comparative study has confirmed that Biomin F is more effective than other toothpastes tested in reducing sensitivity following scaling and root planing, something dental hygienists are already finding. Moira Crawford reports.

Sensitivity following scaling and root planing is a common problem, and one that dental hygienists and therapists are only too familiar with. Many patients with sensitivity problems have tried a number of toothpastes without success, and either suffer after scaling procedures or cannot even bear to endure them. Others find that the procedure triggers sensitivity.

Now an innovative new toothpaste has been launched, Biomin F, which takes a different approach to the treatment and prevention of sensitivity. It has been shown not only to improve the problem on a daily basis but also to have an immediate effect in reducing sensitivity straight after scaling.

A recent trial published in Contemporary Clinical Dentistry (2018) compared the efficacy of three toothpastes in reducing dentine hypersensitivity (DH) – immediately after scaling, and then at 15, 30 and 60 days later. The pastes were:

Participants were asked to brush their teeth with the paste allocated to them for two minutes immediately after the scaling and root planing treatment, and then no more than twice a day for the two-month trial period. They were recalled at 15, 30 and 60 days to measure their subjective and thermal sensitivity. The Biomin group showed a higher degree of effectiveness in reducing dentine hypersensitivity, followed by the Novamin group and then the regular fluoride toothpaste.

The authors concluded that ‘clinical improvement of hypersensitivity through the formation of fluorapatite may aid to hypothesize that fluoro calcium phosphosilicate could be useful in remineralisation and the prevention of demineralisation of tooth structures, especially dentine’. They added ‘it also inhibited the metabolism of bacteria associated with caries, by preventing metabolic acid production’.

They also observed a clinically significant reduction in sensitivity in the group that brushed with Biomin F immediately following the scaling and root planning treatment, suggestive of providing immediate relief. The researchers concluded that: ‘fluoro calcium phosphosilicate dentifrices may provide a new direction for  the treatment of dentinal hypersensitivity’.

This chimes with the experience of many dental hygienists who have used and recommended Biomin F for their patients who suffer from DH.

Hygienist Gitana Rederiene routinely applies Biomin with a soft rotary brush after scaling and polishing with regular polishing toothpaste. ‘By polishing, the biofilm is removed and teeth get more sensitive to acid food or discolouring food,’ she explained. ‘Because Biomin forms a fluorapatite layer on the tooth surface, I can be sure that my patients go out of the clinic with protected dentine. They don’t complain of post scaling sensitivity anymore.’

Sam Davidson, a dental hygienist who works in practices across Kent and the South East of England, has been recommending Biomin F to patients with sensitivity who have had no success with the major sensitivity brands, and has used it for patients who experience sensitivity following scaling. Her own trial among patients has confirmed that they find that Biomin has helped their sensitivity problems, and they are coming back to buy more.

One of her biggest successes has been an elderly patient with extreme sensitivity due to recession, whose condition improved to the point where Sam was able to carry out scaling – something that had previously been impossible. She now routinely recommends Biomin to patients with recession and ahead of carrying out treatments such as whitening. ‘I am passionate about the product,’ she said.

What is Biomin F?

Biomin F is an innovative toothpaste that contains a bioactive glass with fluoride incorporated into its structure. Following brushing with Biomin F, the glass particles bond to the teeth and enter the dentinal tubules, where they gradually dissolve over a period of up to 12 hours, slowly releasing calcium, fluoride and phosphate ions. These work in concert with the saliva in the mouth to form fluorapatite to aid effective remineralisation of the enamel and prevent fluid flow through the tubules (hydraulic conductance), which triggers sensitivity.

The glass acts as a slow release vehicle for the calcium, fluoride and phosphate ions, enabling them to continue to dissolve without being quickly rinsed away, and the phosphate ions enhance the formation of fluorapatite, the fluoride analogue of natural tooth mineral. Fluorapatite is more stable and resistant to acidic attack than hydroxyapatite formed by the previous generation of bioactive glasses.

Starting the remineralisation process ahead of treatments such as scaling, root planing and whitening, known to risk causing sensitivity in susceptible patients, means that the enamel has started to be strengthened in advance; while immediate brushing with Biomin F following treatment has been shown to halt the development of sensitivity by starting to take effect within an hour of brushing.

For patients who do not wish to use a fluoride-containing toothpaste but suffer from sensitivity, Biomin C has been developed. Biomin C toothpaste develops hydroxyapatite on the tooth surfaces, including any exposed dentine tubules, and has been shown to be almost as effective as Biomin F and more effective than other sensitivity toothpastes.

Bhavana Dower, a hygienist working in Streatham, south London, agrees. She too recommends that patients with erosion or dentine hypersensitivity problems use Biomin F, and advises patients to use the product ahead of deep cleaning procedures. ‘I particularly like the idea of the particles entering the dentinal tubules and occluding them to reduce fluid flow and sensitivity,’ she said. ‘I suggest colleagues try it for themselves and see the results.’

Theresa McCarter, a hygienist and continuing education speaker from California, has been amazed at the results after patients switched to Biomin F.

One of her most problematic patients, a man in his 60s, dental phobic and with poor home care, had tried many sensitivity treatments without success. After using Biomin F for four months, his sensitivity had improved significantly. ‘I was astonished – I was able to scale his teeth without him jumping out of the chair. He couldn’t believe it didn’t hurt.’ She also observed that the general state of his hygiene was better than usual – she assumed because the sensitivity was improved so he wasn’t suffering the usual pain when brushing. It was an ‘unbelievable improvement,’ she said.

Before and after carrying out scaling and whitening, the team at Mullingar Dental Centre, Ireland, now routinely recommends and gives out a sample of Biomin F to prevent or treat any sensitivity that may arise. ‘It works,’ said hygienist Donna Paton. ‘Scientifically we think the Biomin effect is very convincing,’ she added. ‘No other toothpaste does what it achieves – it strengthens enamel in a different way and helps treat and prevent sensitivity. It has all the elements you would want in a toothpaste.’