New regulations on X-ray use 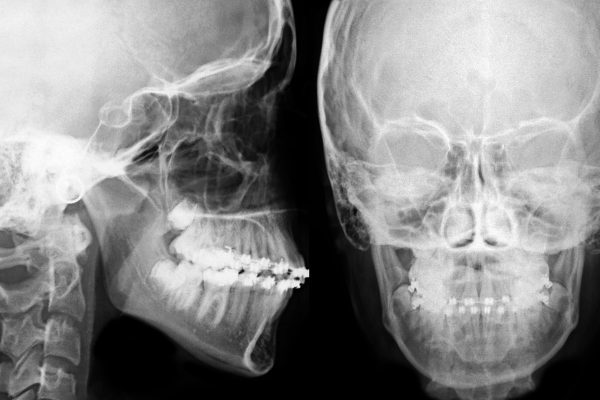 New regulations on X-ray use

The Ionising Radiation Regulations 2017 (IRR17) have just been published, and the Department of Health is in the final draft stage of the Ionising Radiation (Medical Exposure) Regulations 2018 (IRMER18). IRR17 will replace IRR99, and IRMER18 will replace both the original IRMER 2000 and the amendments from 2006 and 2011. FGDP(UK) took part in the consultation on the draft IRMER18, to which the Department of Health response has
been published.

The reason for the new regulations is the Basic Safety Standards Directive 2013 (BSSD; also known as European Council Directive 2013/59/Euratom), which all European Union member states are legally required to transpose into their national laws by 2018. This requirement applies equally to the UK and is unaffected by Brexit proposals,  since the UK will be part of the EU until at least March 2019. After two decades, the opportunity has also been taken to make some minor amendments to the regulations that are unrelated to
the BSSD.

While IRR17 and the draft IRMER18 are very general and do not provide details specific to particular professions or industries such as dentistry, there are nonetheless a number of changes in areas relevant to
the profession.

At this stage, as we are still dealing with the overarching regulations, look on what follows as being ‘highly likely’ rather than ‘certain’.

Dental X-ray equipment has been put into the middle grade, requiring ‘registration’. Probably the most immediate impact of the new IRR17, therefore, is that dental practices will need to register with HSE, including payment of a £25 fee.

The third grade, ‘consent’, applies when there is deliberate administration of radioactive substances for specific medical or veterinary purposes and for industrial radiography. This grade will, of course, not be relevant for general dental practices.

Because the process is the responsibility of the employer, registration is not required by individual dentists themselves. Of course, many GDPs are employers and will need to register.

FGDP(UK) is awaiting clarification from the HSE on exactly who will be responsible for registration, and how many registration applications will be required by dentists who own multiple practices, as well as how the process should be handled by dentists with clinical charge of a practice owned by a corporate or other third party. We are also encouraging the HSE to adopt clearer wordings to the registration questions.

Although there was originally talk of requiring re-registration on a regular basis, it is now evident that once the employer has registered there will be no need to register again unless the information given ‘changes significantly’. An example of this might be where the dental practice changes address.

Registration will be done through a dedicated online system being developed by the HSE. The employer will be required to answer a series of questions, the purpose of which will be to identify which level of risk is associated with their work with ionising radiation. These questions include confirmation that all legal requirements have been addressed, such as a risk assessment and the appointment of a Radiation Protection Adviser (RPA).

Under IRR17, there was an intention to designate radiation-controlled areas based upon a much lower instantaneous dose rate. The implications of this could lead to many dental surgeries requiring lead shielding. We have been given to understand by the medical physicists involved in developing Medical and Dental Guidance Notes, however, that the HSE have been persuaded that this would be an unacceptably expensive consequence to a regulation that would provide little practical benefit.

Moving on to the draft IRMER18, the proposed changes are in relation to the reporting of accidental exposures, quality assurance of equipment, appointment of Medical Physics Experts, exposures made to carers and comforters, ‘non-medical’ imaging, Diagnostic Reference Levels (DRLs), training, and possibly in relation to cone beam CT equipment. The impact, however, of most of these appears to be minor for dental practices. Nonetheless, some of the changes are worth some consideration.

The current legal requirement under IRR99 is for dental practices to appoint a Radiation Protection Adviser (RPA) and this requirement remains the same under the IRR17. Under the existing IRMER2000, dental practices have to ‘ensure that a Medical Physics Expert shall be involved in every medical exposure’, but the draft IRMER18 requires that the MPE must be ‘appointed’ by the employer and must meet criteria of competence.

In practice, the role of the RPA, already required under IRR99, is generally combined with the MPE role. The message is that dental practices should ensure that they have appointed a competent person or organisation to act as both RPA and MPE.

With respect to accidental and unintended exposures, the essential difference in the draft regulations seems to be an explicit requirement that the employer’s procedures must provide that the referrer, practitioner, and patient or their representative are informed of the occurrence of any relevant and clinically significant unintended or accidental exposure, as well as the outcome of the analysis of this exposure.

The draft IRMER18 regulations also give greater emphasis to the duties of the employer in implementing and maintaining a quality assurance programme, which must, as a minimum, permit the assessment of dose during normal operation of the equipment. However, when the draft regulations are compared side by side with the current IRMER, there do not appear to be any significant implications for dentists in the requirements for quality assurance.

Draft IRMER18 specifically requires justification of exposures to ‘carers and comforters’. In a dental context this would mean, for example, a parent supporting a child undergoing an X-ray examination and staying in the controlled area when the exposure is made.

The new regulations suggest considering this person during the justification of the X-ray examination, the dose that they might receive and gaining informed consent. A sufficient net benefit would need to be established, taking into account the direct benefit to a patient, the possible benefits to the carer or comforter, and the detriment that the exposure may cause.

The practicalities of doing this, particularly in a dental context, will need to be clarified and some guidelines developed. At this stage, it seems only reasonable and ethical that the exposure made to carers and comforters is taken into consideration, so the FGDP(UK) is supporting this change.

The draft IRMER18 also includes the category of ‘non-medical imaging exposures,’ replacing the term ‘medicolegal exposures’ used in IRMER 2000. Non-medical imaging is defined as ‘any deliberate exposure of humans for imaging purposes where the primary intention of the exposure is not to bring a health benefit to the individual being exposed’.

An example in the dental context might be radiological imaging for the purpose of preparing legal reports. Another example is the use of dental radiographs for age assessment for population groups such as refugees and asylum seekers. This  practice goes against FGDP(UK)’s radiography guidelines and has been condemned as unethical by the British Dental Association and Royal Colleges in the UK.

Many dentists may not be indemnified for this procedure, which may nonetheless still be happening in the UK at the request of public authorities. The new regulations will require that employers have a procedure in place for non-medical exposures. This means a bit more paperwork, and therefore gives another reason for GDPs not to perform such exposures in the first place.

The draft IRMER18 also defines ‘adequate training’ for practitioners and operators. In response to the consultation, we commented upon the content of this training as listed in Schedule 4. We have recommended the inclusion of ‘non-medical imaging’ into the topic list, as this term will be unfamiliar to most dentists and, as already noted, has been given prominence in the draft regulations.

The good news for dentists is that there is otherwise little change in the content of this list from that in the current regulations, so it would seem unlikely that dentists will feel an immediate need to attend a new IRMER course as a result of the updated requirements.

Dentists will also be pleased to know that the roles and duties of ‘referrer,’ ‘practitioner’, and ‘operator’ as defined and used in the draft regulations have
not changed.

We will, however, be keeping our eyes on the possible implications of a section on ‘Estimates of population doses’.

This states that: ‘The employer must collect dose estimates from medical exposures for radiodiagnostic and interventional procedures, taking into consideration, where appropriate, the distribution by age and gender of the exposed population and, when so requested, must provide it to the Secretary of State.’

IRR17 took effect on 1 January 2018 and became effective on 6 February 2018. Both apply to England, Wales, and Scotland.

Separate regulations will be produced later for Northern Ireland, and dentists there should continue to comply with IRR(NI)2000 and IRMER(NI)2000 until these are implemented.

What do I need to do?

Dentists need not be alarmed by the revised legislation, but they do need to understand and prepare for it. Additionally, the FGDP(UK) will be here to guide you through the changes.

You should expect information and support from your Radiation Protection Adviser if you have not already received it.