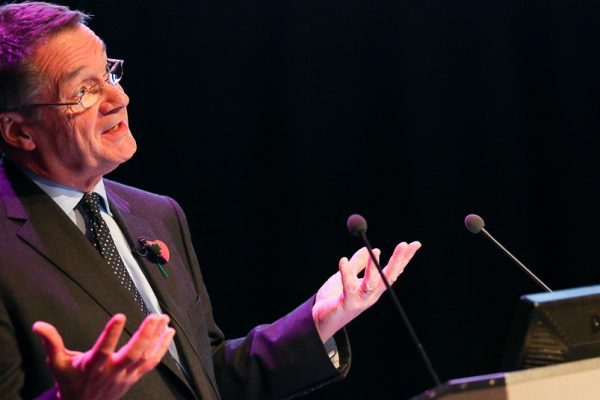 Seb Evans speaks to Barry Cockcroft about his time as chief dental officer for England, the introduction of local commissioning, the new contract in 2006 and the current prototypes.

It’s been more than three years since Barry Cockcroft CBE stepped down as chief dental officer (CDO) for England. He is the longest-serving CDO after staying in the job from October 2005 through to February 2015, yet his time in the role was filled with controversy. From the introduction of local commissioning and the new dental contract, through to the Care Quality Commission (CQC) quality assuring dentistry, his time at the top of the profession was never quiet and the decisions he made have helped to shape the dentistry of today.

Speaking to Mr Cockcroft at the Mydentist Clinical Conference, we tried to find out a little more about his time as CDO.

Seb Evans (SE): How do you feel your time as CDO went?

Barry Cockcroft (BC): It was a time when dentistry had never been so much in the news and there was so much change going on. I think dentistry is in a better place now than it was back then, in terms of oral health, knowledge, technology and quality of care.

I was the first general dental practitioner to be chief dental officer. I got into it because I was unhappy with the previous system of payment that involved payment by item of service. I always thought that was the wrong way to pay dentists and as oral health improved it would only have got worse.

I was involved in writing the NHS Dentistry: Options for Change paper, which everybody supported when it was published in 2002. The government commissioned the paper because dentists were unhappy with the items for service fee system. Government was also unhappy because it meant dentists controlled access and there were huge great swathes of the country where there was no access at all and the NHS could do nothing about it.

I was asked to write the section of Options for Change that was related to service and then, out of the blue, I received an invitation to apply for the newly-created role of deputy CDO, with the remit of implementing the changes. The changes happened in April 2006, that wasn’t the end of the process, it was the beginning, but the end of the fee per item system and the introduction of units of dental activity as a currency.

It was a very short period of time, less than four years. If you compare that with the current contract reform programme, it makes you realise what a challenge that was.

There were two fundamental things. One was to ensure everyone had at least somewhere they might be able to access dental services. The second was to bring in extra investment.

Under the old system, access to dentistry was controlled by dentists. For a long time that wasn’t a problem, but from about 1992 when there was a big cut in the item of service fees access had been getting very difficult, it became a national front-page issue. It was even mentioned by Tony Blair at the Labour party conference in 1999.

I was desperately keen not to have item of service fees as a currency. Courses of treatment weighted by complexity is what the working group came up with.

The interesting thing with that is the British Dental Association (BDA) was massively opposed to the concept of local commissioning, having been supportive of the concept when Options for Change was first published. The BDA actually made up 50% of the working group that created the concept of weighted courses of treatment as a contract currency, and the UDAs are a way of reflecting that. It has always wanted to be engaged but never wants to be accountable.

The last four or five years of my role, a huge part of the job was getting dentistry into the right place following the Lansley reforms. It had to be the right place in NHS England, Health Education England and, crucially, getting a director of dental public health into Public Health England. That took an enormous amount of time and effort.

SE: What are you most proud of?

BC: Absolutely, Delivering Better Oral Health (DBOH). At a time when spending limited resources was focused on growing access, we were able to convince ministers and civil servants to invest money in producing an evidence-based guide to prevention – DBOH.

Making the CDO more accessible was part of the process. The CDO role had never had so much exposure. My view of leadership has always been that accessibility and visibility are important. I don’t think just because you’re the CDO, you should be seen as somebody important. I think the role is important, you just happen to fill it. I was desperately keen to make the role accessible and visible.

We developed two new dental schools where the clinical training was based in primary care. Again, we were criticised by the establishment at the time, we were told it was a mistake and would never work.

Peninsula Dental School is now one of the highest rated dental schools in the country and UCLan is a great school, really involved in the community. I’m really proud of the part we played in that.

BC: The contract itself did not improve access, but did give the NHS the tools to do so, by giving the local NHS control of the budget. Previously, if dentists decided to leave the NHS, the money just went back to the Department of Health and didn’t get spent on dentistry.

There are still areas where access is difficult, but if the NHS has got the money then it has the tools to deliver it, which it didn’t have before.

The system is designed to be flexible. There are other things you can commission that are not suitable for being remunerated under UDAs. There needs to be greater use of the flexibility that’s there in the system.

SE: Do you feel the dental contract is contributing to a deterioration in NHS dentistry?

My interest was what impact do we have on oral health. In 2008, the percentage five-year-old children with decay was 30.9%, in 2017 it was 23.3%. That’s a massive improvement. That’s not due to the contract, but better education and motivation of patients. I’m sure that DBOH, and the change in concentration in fluoride toothpaste for the very young, which followed its publication, played a significant part in that.

Data from the GP patient survey shows the majority of patients that try to get a dental appointment are actually successful, but if you look at just new patients, almost a quarter (23%) of people who have not already got a dentist still can’t access care.

But the NHS, if it’s got the money to invest, has got the powers to do something about that if it wants to.

SE: Is putting more money into the system the solution to access issues?

BC: Investment and efficiency is the way to do it and save money, but dentistry will always be in competition with other areas of priority.

SE: Do you not agree with introducing a new dental contract?

BC: I don’t think introducing a new contract would make any different at all to access or quality of care and indeed what the prototypes are doing is testing different currencies, not the underpinning primary legislation.

SE: What about improving oral health?

BC: Oral health is improving significantly and has been for a while. It was really important to develop consistency of messaging around oral health. The other thing, of course, is people are living longer, there are massive challenges in the older population. There’s still a challenge around children’s oral health and we do need to get children into practice as early as possible.

I get really fed up with all the negativity around dentistry. If you look at every measure: CQC inspections, patient satisfaction through friends and family tests, GDC papers, it shows that overall patients are very satisfied with the quality of their dental care in both NHS and the private sector. But all we ever see in the magazines is negativity and that is really disappointing.

I think the important thing about being CDO is that you make the decisions that are the right decisions, not necessarily the popular decisions. I remember when we were developing HTM 01-05, I involved the BDA in that, it was on the working group, but it was very critical when it was published, there was hardly anything new in it. And the idea of not having HTM 01-05 now would just be crazy and partly explains high levels of CQC compliance.

SE: We’re currently going through testing the prototypes, what suggestions would you make from your experience of the process?

We should be using the flexibilities within the existing contract arrangements, rather than waiting for other changes further down the line.

It takes at least three years to get any meaningful learning out of a prototype. The new prototypes that have just been announced will not provide any meaningful learning until 2022, which will be the other side of the general election. Oral health is improving, access isn’t a major national problem. By 2022 it will be 14 years since the programme started. I think, if you want to make genuine progress, look at the flexibilities you’ve got in the existing system as Wales is already doing.