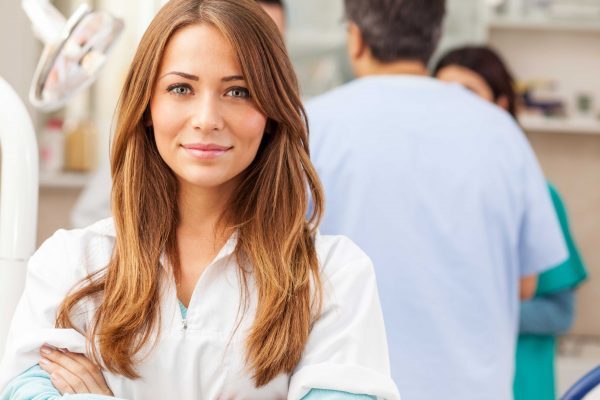 The proportion of female dentists in the profession is set to increase to more than 60%, according to Christie & Co.

Its report, The Dental Industry 2018, shows the percentage of female dentistry undergraduates has risen to 63.4%.

The number of female undergraduates had been reducing over the last couple of years until 2017 reversed this trend.

‘This proportional increase in female dental graduates over the past 10 years has influenced emerging workforce trends.

‘Such as re-working opening hours and better use of the skills mix at practice level.’

The number of overseas qualified dentists has dropped by 12.4% in the last year, the report also shows.

Despite this, the number of dentists on the GDC register that qualified in Europe has increased since the Brexit vote.

The number of UK-qualified dentists has continued to increase year on year, now standing at 72.2% of the workforce.

‘Brexit may be an issue that some people believe is closing opportunities,’ Sara Hurley said at 2018’s BDIA Showcase.

‘I think we need to take a positive stance, because it is the only show in town.

‘We need to look at how other relationships can support a flexible workforce.

‘Working across England, Ireland, Scotland and Wales remains something that we will continue to support.

‘Along with patients, patient care, in partnership with NHS England.’

Over the same time period there was an increase of around 2,000 dental care professionals.

Despite the net increase, the figures show that there are large numbers leaving the profession as well.

‘To some extent this will be related to dentists retiring or taking career breaks,’ The Dental Industry 2018 report says.

‘But will also be due to factors such as Brexit and dentists choosing to leave the UK.

‘Unfortunately, the GDC annual report does not provide information on the ‘outflow’ of dentists.

‘Therefore, we are not able to provide further comment.’