Scientists say ‘vaping worse for your health than smoking’ 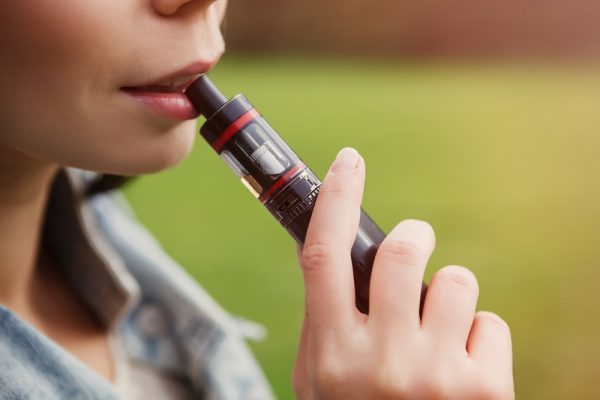 Scientists say ‘vaping worse for your health than smoking’

New research has found vaping could be worse for your health than conventional smoking after all.

Scientists are warning that flavourings in e-cigarettes can harm the lungs by triggering inflammation and even short term use causes as much or more damage as the real thing, according to Greek researcher Dr Constaninos Glynos.

In experiments on mice they found the additives, including flavourings, caused lung inflammation similar or worse than that seen in traditional cigarette use. Dr Glynos said: ‘The observed detrimental effects in the lung upon e-cigarette vapour exposure in animal models highlight the need for further investigation of safety and toxicity of these rapidly expanding devices worldwide.’

They simulate smoking a traditional cigarette by dispensing a vapour derived from liquid chemicals in a refillable cartridge that typically contain propylene glycol, nicotine and often flavourings. A colourless and odourless additive, Propylene glycol is is found in numerous processed food and beverages and also used as a solvent in a number pharmaceuticals.

The findings were published in the American Journal of Physiology-Lung Cellular, and showed e-cigs and refills are not well regulated – and their long-term effects on health are unknown.

‘Flavourings may not be safe’

He commented: ‘Our findings suggest that exposure to e-cig vapour can trigger inflammatory responses and adversely affect respiratory system mechanics. In many cases, the added flavour in e-cigs exacerbated the detrimental effects of e-cig vapour which means some of the many flavouring components on the market may not be safe for even short-term use.’

The condition of the e-cig groups is of great concern to the researchers as the level of oxidative stress – damage at a cellular level – in those exposed to flavourings was equal to or higher than that of the cigarette group.

However, respiratory mechanics were adversely affected only in mice exposed to cigarette smoke – and not to e-cig vapour after prolonged treatment. Dr Glynos added: ‘We conclude that both e-cig vaping and conventional cigarette smoking negatively impact lung biology.’

His findings follow a British study earlier this year by The University of Birmingham that also suggested vaping is more harmful than previously thought. It found some of the effects are similar to those seen in smokers and people with chronic lung disease – boosting the production of inflammatory chemicals in the body.

The  scientists extracted cells from lung samples provided by healthy non-smokers and exposed them to e-cig fluid, condensed vapour or nothing for 24 hours. Exposure to the vapour increased cell death and the production of inflammatory chemicals and the ability of cells to engulf bacteria was significantly impaired in those exposed to vapour.

Public Health England says e-cigs are 95% safer than traditional cigarettes. They suggest smokers should consider switching to vaping in a bid to help them quit. Dr Glynos, of the University of Athens, said this suggests the additive elicits only a temporary irritation that eventually subsides with continued use. In addition, two inflammation-producing proteins became elevated in the flavouring group.