Durable restorative material for class I and II cavities 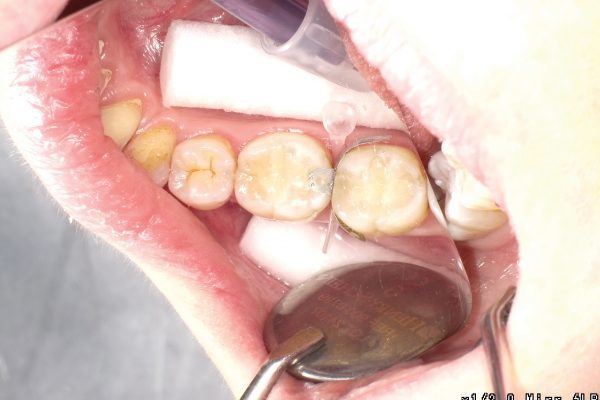 Durable restorative material for class I and II cavities

In the second part of a three-part series, Markus Firla describes his first experience with a new material in posterior restorations.

The first part of this trilogy of user reports illustrated why the new universal composite Beautifil II LS, which Shofu, the Japanese developer and manufacturer of dental materials, has recently launched, is a convenient and reliable restorative for all anterior indications. The second part shows that this innovative material can also be used to properly fill any occlusal stress bearing posterior cavity.

Durable restoratives for class I and II cavities are in great demand – this postulate regarding adhesive composite materials for direct posterior restorations has been true since the early days of optimised dental resins. And it is still true today, probably more than ever: the European Parliament has decided to ban the use of amalgam in children and pregnant women from July 2018 and urged all EU member states to submit plans by mid-2019 as to how the use of this restorative can be further reduced. This indicates in which direction things will go: the need for highly durable and reliable alternatives to amalgam will continue to increase.

Compomers and cements, particularly glass ionomer cements – although substantially improved for clinical use in recent years – are still only the second choice, as compared to adhesive composite restoratives, when looking for serious amalgam alternatives. Even the best glass ionomer cements will become more and more prone to fracturing and cracking in the course of time, and not only at restoration edges and cavity margins subject to high occlusal stress, which may even fracture or crack shortly after placement.

Consequently, universal composites, ie resin-based restoratives suitable for class I and II cavities, such as the new Beautifil II LS described in this article, seem to be preferable.

In my view, based on 31 years’ experience as a general dental practitioner ‘focusing’ on direct adhesive restorative techniques, there are only minor differences in clinical performance between the composites available for posterior restorations today. But exactly these little differences matter. The lower the volumetric shrinkage of a composite during polymerisation (curing), the smaller the negative con-sequences, to put it simply: immediate marginal gap formation between tooth and restoration (worstened by an insufficient bonding protocol) and/or gradual degradation of the adhesive bond, leading to microleakage and recurrent caries, are the primary results of excessive volumetric shrinkage of a composite placed in a cavity. Even when cavities are carefully filled in an incremental technique, this critical loss of volume may cause marginal imperfections between tooth and composite (or vice versa). Remember the ‘C-factor’ and the disastrous effects it may have.

An equally unpleasant effect of volumetric shrinkage is shrinkage stress, also known as polymerisation stress. Again, in simplified terms, this phenomenon can be described as follows: as a result of their contraction during polymerisation, composites exert tension on the tooth structure surrounding the cavity, which also has adverse effects. If there is a strong bond between tooth and composite, tensile forces and stresses may develop within the restored tooth and lead to paraesthesia when the patient loads the composite, thermal stimuli from the tooth (though clinically healthy before restoration and then properly treated), or even undetected and/or (microscopically) obvious chipping of the tooth structure (with chips sticking to the composite).

Beautifil II LS, the universal composite described in this article, shows a promising shrinkage value of only 0.85% by volume, according to the manufacturer, giving clinicians and patients more peace of mind with regard to polymerisation shrinkage and the resulting phenomena of volume loss and shrinkage stress in direct restorative procedures.

The physico-mechanical properties of the inorganic filler (mean particle size 0.4 µm) of Beautifil II LS were already discussed in the first part of these user reports (DZW 25/2017). However, the filler not only contributes to the low volumetric shrinkage of the composite, but also has chemical characteristics that are clinically important: Shofu’s Surface Pre-Reacted Glass Ionomer (S-PRG) technology turns fluoro-boro-alumino-silicate glass particles into Giomer fillers. In detail, this means that the filler particle surface, which would already enable multifunctional ion exchange, is further modified by polyacrylic acid treatment (known from the chemistry of glass ionomer production) to achieve a bioactive effect. Thanks to this S-PRG surface pretreatment, the filler particles feature a trilaminar structure, ie they consist of three active zones (inner multifunctional glass core, intermediate glass ionomer phase and outer surface-modified layer), allowing them to not only release six ions with remineralising, antibacterial and caries-protective effects (Na+, F-, Al3+, BO3-, Sr2+, SiO3-), but also recharge them from the oral environment. So, the restoration indirectly, but immediately, protects the surrounding tooth structure by active transfer of ions, especially fluoride, which should not be underestimated. Particularly posterior restorations, whose margins may often be difficult to inspect visually, need all the help they can get for long-term marginal integrity.

20hr
|
Aesthetic Dentistry
Dentistry Online uses cookies to give the best experience. If you continue to use our site, we will assume that you agree to the use of such cookies. Read More.
Accept