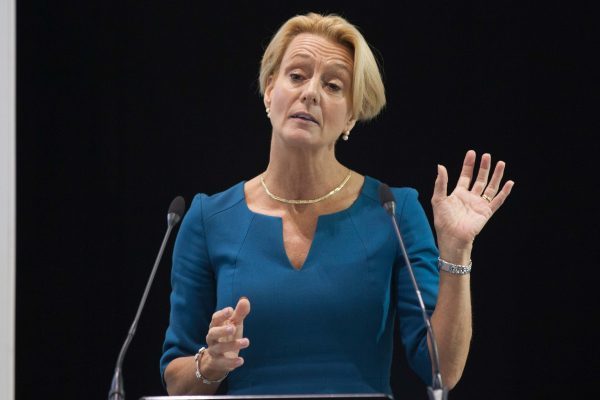 Dentistry needs to take a positive stance on Brexit and recruitment opportunities it could create, Sara Hurley says.

Speaking at the BDIA Showcase, the England CDO says dentistry should utilise skill mix and support a ‘multidisciplinary workforce’.

The CDO also warned dentists they will to join the digital transformation within the NHS, or be siloed from healthcare.

‘We will find ourselves where we were back in 2002, out in the cold, siloed and not being able to talk to anyone,’ she said.

‘We won’t be able to deliver the care to our patients because we haven’t got involved.’

Most dental services (90%) are offering safe, effective, caring and responsive care and treatment, the CQC says.

Of the 1,336 dental practices inspected over the last year:

Despite this, the total number of overweight and obese reception-aged children has remained stable at 22.4%.

The NHS is restricting sugar-sweetened drinks in hospitals to cut patient, visitor and staff sugar consumption.

Trusts across England have pledged to reduce sales of sugary drinks to 10% or less.

Hospitals already signed up claim to have experienced a significant reduction in sugar-sweetened drinks sales.

Some estimates claim more than half of the NHS workforce in England are currently overweight or obese.

Trusts are being incentivised to reduce the amount of confectionary available in hospitals.

Criticism of Mick Armstrong’s private email that was published in the media is missing the point, argues Kevin Lewis.

It comes after Mick Armstrong labelled homeless people ‘no-hopers’ and blames them for missing NHS targets.

In his first blog for Dentistry.co.uk, Dominic O’Hooley calls for real leadership from the General Dental Council.

He argues the GDC is making excuse after excuse to maintain an unreasonably high ARF for dentists.

Too much sugar linked to fighting and bullying amongst children

Children who consume too much sugar are more likely to become involved in fighting, smoking and bullying.

Children with the most sugar in their diets are 78% more likely to involve themselves in ‘risky’ behaviours.

Children in England are consuming double their recommended daily sugar intake, according to figures from Public Health England.

Four to 10 years old are consuming 13 cubes of sugar on average every day, more than double the RDA.

The first Private Dentistry Show was a resounding success after launching in London on Saturday (15 September) to over 1,000 delegates.

Power lectures addressed how to make that leap into private dentistry and how to develop current private dental businesses.

Find out how the day went here.