A brief history of A-dec 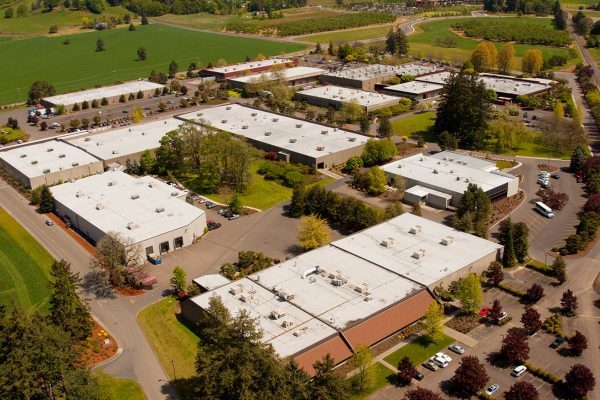 A brief history of A-dec

Matt Turner lets us know how A-dec started and what the driving force behind the company is today.

Most dentists are familiar with the name A-dec, even if they haven’t used its equipment before. It is a name that has been prominent in the industry for a long time – almost 55 years – and is now one of the world’s largest manufacturers of dental equipment. But how did it get to where it is now?

The origin of A-dec is an inspiring story of an American couple from modest roots who shared a big dream. Their drive and determination re-wrote the rules not only in the dental equipment industry, but raised the bar for the way that American businesses operated and how they treated their employees.

A-dec’s story starts with founder Ken Austin, who had grown up on a farm in Oregon as an only child. Tinkering with farm equipment turned into a passion for engineering, and a desire to invent and improve all things.

In 1964, Ken had a ‘lightbulb moment’, which he shared with his wife Joan while they were on a family picnic with their two children. He had just been let go from his role as a chief engineer at Densco, a dental equipment company, but left with a great idea for a new evacuator that was much more compact and efficient than ones on the market at the time. Joan replied quickly: ‘If you want to do that, I will help you, even if we have to live on bread and beans.’

Ken set to work almost immediately. Three days later they had a working prototype and ‘Austin Dental Equipment Company’, or ‘A-dec’, as the name for the new business.

They had soon packed the prototype into a briefcase to take to the American Dental Association convention in California. The convention provided some useful connections for Ken and Joan, which paid off within just a few months.

Industry giant SS White was suitably impressed with Ken’s design and presented him with a $10,000 cheque, a downpayment on a purchase order for 200 units. This allowed Ken and Joan to start building A-dec, and their first order of business was to find a location. Starting their own business had been a shared dream of the Austin’s for years, and it was finally starting to become a reality.

Ken found a 25×45-foot Quonset hut in Newberg, Oregon, USA, that they could rent for $110 a month. Ken knew that he couldn’t make 200 evacuators on his own in the 90-day timeframe he was given, so he quickly took on two new team members.

Lucy and Nan set the stage for what would soon become a tradition at A-dec: hiring women for manufacturing positions. In 1960s Oregon, women looking for employment were limited to seasonal jobs processing fruits and nuts. A-dec offered them year-round employment in a clean and professional environment. In the years that would follow, Nan’s daughter would also come to work at A-dec, as well as her granddaughter and great-grandson.

Ken was able to deliver those first 200 evacuators with one day to spare. However, they barely had time to celebrate as SS White promptly ordered 300 more and additional orders were coming in fast as dentists who had used the evacuators told others of their effectiveness. To meet demand, Ken and Joan devised a plan: to play to their strengths. Ken would be in charge of making the products and Joan would oversee all personnel matters, including hiring, financial and legal aspects. They quickly began to outgrow the little Quonset, joking that they all worked ‘butt to butt in the hut’.

After those first successful months, Ken turned his attention to the increasing popularity of the seated four-handed dentistry concept. Dentists across America were changing the way they worked, and Ken saw an opportunity to create equipment that supported this new way of working. By asking dentists what they would like from their equipment, A-dec brought a series of new products to market that, along with the continued success of the oral evacuator, would spur the company to grow beyond Ken and Joan’s wildest dreams.

Outgrowing the Quonset, A-dec moved into the building adjacent, to give their rapidly expanding workforce the room they needed. It wasn’t long before the new building was outgrown too, and the decision to move the business to a larger plot was made. Today A-dec is still based in Newberg, and now occupies 13 buildings over a 50-acre campus and a workforce of over 1,000.

In 1978, after moving to the larger campus, A-dec employees pooled together to purchase the very Quonset hut that was the first home of the company. Today the original Quonset hut still stands proudly in the centre of the A-dec campus. It is a strong symbol of the care and concern Ken and Joan showed to their employees right from day one, and the care and concern that A-dec employees continue to have for them in return.

As A-dec grew, the couple decided that the company needed a set of guiding principles to operate by. This would ensure that no matter how big the company became, it would always stay true to the core values that it started with. Ken and Joan, with the help of business experts and a few trusted employees, created a list of fifteen principles to do business by. These included a concern for employees and the community, the necessity to provide opportunities for self-development, to encourage creativity wherever possible, the importance of maintaining open, consistent and regular communication, and to do business with honesty and integrity.

This document is called The A-dec Way, and today it remains unchanged and at the core of everything that A-dec does. Every one of A-dec’s employees worldwide is given a copy of The A-dec Way when they join the company, and the organisational culture that it has created has been attributed as the key to A-dec’s continued success.

To this day, A-dec is still in Austin family ownership and continues to look after its employees, its customers and its community. It is the A-dec way.

Visit a-dec on stand J27 at the BDIA Showcase this October.

When thinking about retirement take a step back and find a ‘challenging friend’, says Iain Stevenson. What does 2022 have…